Plant a tree in memory of Mary
An environmentally-friendly option 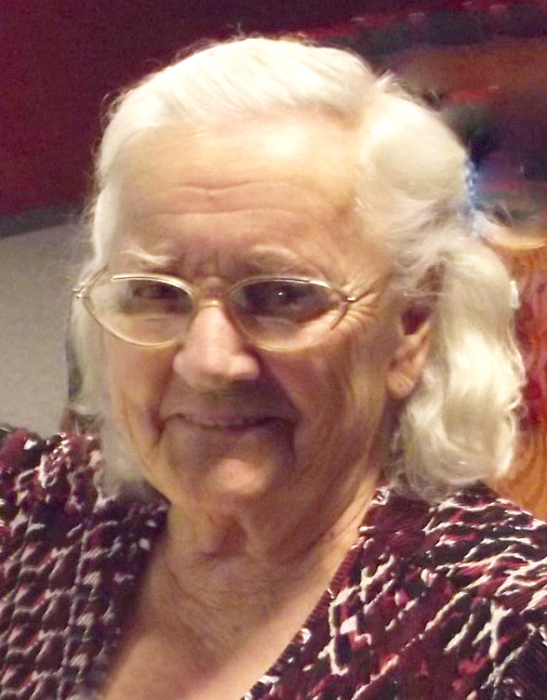 It is with deep sadness and much love that we share the passing of our Mother, Grandmother and Great Grandmother Mary Smith of Altona, MB.  Mom passed away peacefully on Friday April 16, 2021 at the Altona Memorial Health Centre.

Mom was pre-deceased by her husband Russell Smith in 1998, her son Robert Smith in 2012 and a great grand-daughter Meghan Renee Harder.

Mary is also survived by 2 brothers, 1 sister-in-law, cousins and many nieces and nephews whose visits she always enjoyed and appreciated very much!

Our parents Russell Smith and Mary Friesen were married on December 5, 1942. They farmed the Smith farm in the Roseville area for many years and then moved to Altona upon retirement.

Mary was a people person … she spent many hours visiting with family and friends and in earlier years often providing transportation for those who needed a ride.  She enjoyed volunteering at the local MCC store, again spending time with people being the main focus.

Of course there were the delicious homemade meals, breads and other yummy dishes that greeted us when we stopped in at mom and dad’s, first at the farm and then later in Altona.

A private service will be held.  If family and friends so desire, donations may be made in Mary’s memory to MCC.

Plant a tree in memory of Mary by clicking here.
To send flowers to Mary's family, please visit our floral store.

Plant a tree in memory of Mary
An environmentally-friendly option

Plant a tree in memory of Mary

1 tree planted in memory of Mary

My condolences to the family

My condolences to the family.  I have wonderful memories of Tante Mary, and the many fun times at the farm.

Condolences on the home-going of your lovely mom.  We remember fondly and loved her visits with my mom, as much as her cousin, my mom did.  She was such a sweetheart!  We will meet again for 'we sorrow not as those who have no hope.'  Absent from the body, present with the Lord, for all who love Him!

Our deepest sympathy for your loss. “Blessed are those who mourn , for they shall be comforted” Matthew 5: 4

Plant a tree in memory of Mary