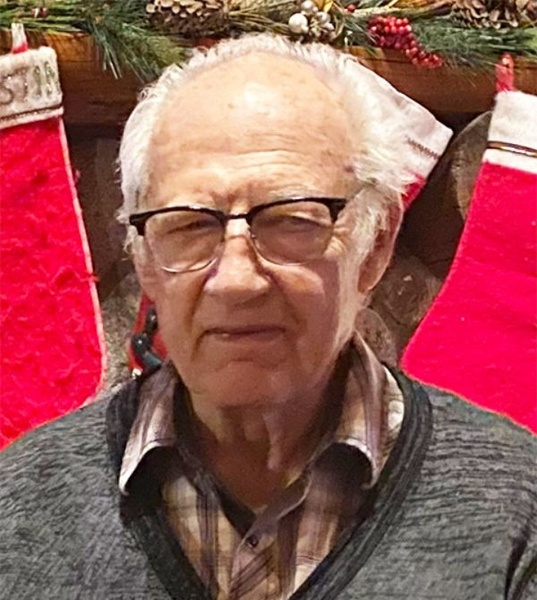 Willie Funk was born on March 1st, 1939 in Silberfeld to Peter & Margaret (Schpansky) Funk.  He was a middle child of 5, with 2 older brothers & a younger sister and brother.

As a child (as well as in his later years) he loved to play games, especially Monopoly.   He loved it so much, his parents had to hide the game when he began dealing out money in his sleep.  In his last years, he was always ready to play.

He attended school till grade 8 and was involved in the local 4-H club.   At a local rally, he met this petite blond from Kronstahl and they began to date. His faith was also important to him & he was baptised on May 24, 1958.

He began his career as a mechanic working for A.J. Thiessen in 1956.  Later he moved to the International dealership and began working for Henry Leoppky and later for his son Gerald.

He brought property from Mr. Leoppky, built a house with his brothers, and moved into the house with Sadie after they married on June 25, 1961.  After not quite a year of marriage, he & Sadie were blessed with the first of 2 daughters, Marilyn in April of 1962 and Irene in Sept of 1963.

1963 was an eventful year.  Irene was born in Sept.  He lost his index finger due to cancer in Oct and in Nov, his father passed away unexpectedly.

The girls grew up, got married within a year of each other and the grandchildren began coming.  Willie loved being a grandpa & looked forward to each one.  A total of 5 grandchildren came along, 4 boys & 1 girl.

In 2001, Willie moved into the old Bueckert Motors building & began Independent Tractor Repair, working with Rick Schroeder & Abe Sawatsky.  A fire in 2006, forced him to move again.  This time to Blumenort near Gretna, where he worked with Glen Fehr. And in 2018, he retired because of Sadie's deteriorating health. Retirement was hard for him but caring for his wife became his full time job.

In 2019, he developed signs of dementia after having surgery to remove a lump that had developed on the right side of his face.   Sadie passed away Sept 2020, leaving a huge hole in Willie's life.

Losing his life's partner, his soulmate was difficult for him.  Willie missed her terribly but tried to move on.  The dementia made it difficult, as he often looked for her.   We don't know if he went looking for his wife, but on April 6 he joined Sadie in Glory.  He had reached the age of 83 years 1 month & 6 days.  He was predeceased by his parents, his wife of nearly 60 years Sadie, 2 brothers & 1 great granddaughter.   He is survived by his Daughters Marilyn (Ed) & Irene (LeRoy), 5 grandchildren, Thomas, Rebecca, Matthew (Kiera), Dustin (Becky) & Mitchell (Kelly), 3 great children, Sienna, Freya & Aurora.  Willie was looking forward to the arrival of his fourth great grandchild.  He is also survived by 1 sister & 1 brother.

We Love you Dad!  We will miss you but we know you are now Home.

Funeral service will be held on Wednesday, April 20, 2022 at 2:00 p.m. at the Altona EMMC Church with burial at the Kronsthal Cemetery.  Viewing will be at Wiebe Funeral Home Altona on Tuesday, April 19 from 1:00 - 9:00 p.m. and at the church prior to the service.

Donations in memory of Willie may be made the Alzheimer Society of Manitoba or to Parkinson Canada.

To order memorial trees or send flowers to the family in memory of Willie Funk, please visit our flower store.