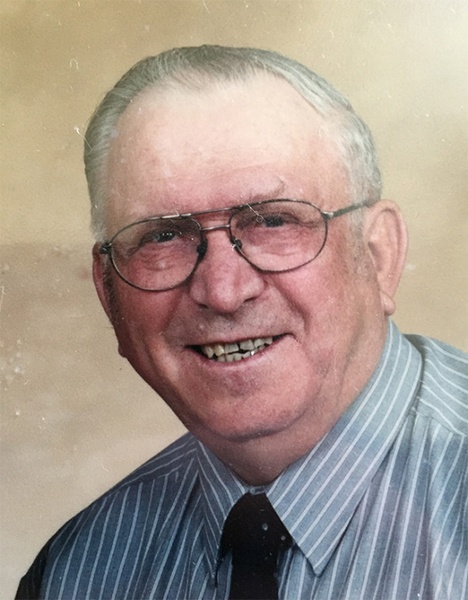 On December 7, 2016 at 12:53 am, Bill, aged 85 beloved husband of Susanna and late wife Mary passed away peacefully into his Lord and Saviour's loving arms at the Altona Health Centre.

Bill was born August 17, 1931 to Peter K. and Sarah Dyck (nee Neufeld) at Hague, Saskatchewan. In 1952, Bill with his parents, 4 brothers and 1 sister moved to Inwood, Manitoba.  He attended the Sommerfeld Mennonite Church where he was baptized upon the confession of his faith in Jesus Christ in Inwood, Manitoba.

On July 17, 1955 he was united in marriage to his sweetheart Mary Dyck. They lived in a few places and had numerous jobs, finally settling in Altona where he worked at CSP Foods, then at D.W. Friesen’s where he retired at 60.

Dad enjoyed working with flowers, spending time with his children, and adored his grandchildren and great grandchildren.  He also enjoyed Sunday afternoon rides looking at farmland.  Dad was a patient, strong and soft spoken man with a great sense of humor and had a smile that warmed our hearts.

Donations in memory of Bill S. Dyck may be made to Altona and District Palliative Care or to the Canadian Diabetes Association.

To order memorial trees or send flowers to the family in memory of William "Bill" S. Dyck, please visit our flower store.