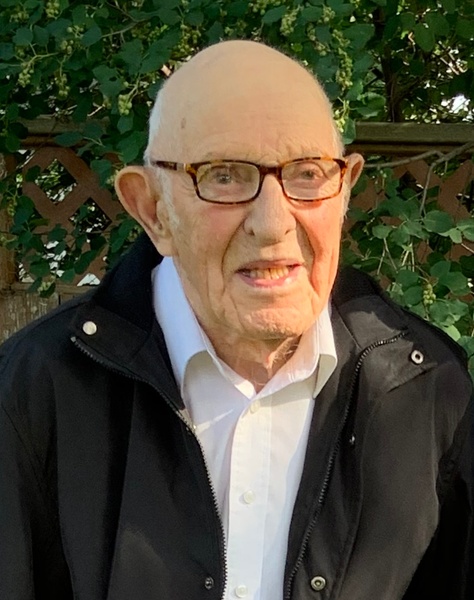 On Tuesday, June 1st at the Altona Memorial Health Centre, Walter Hamm passed away peacefully at the age of 86 years.

Walter was predeceased by his beloved wife, Helen in 2012, and his parents, Eva Hamm and John Hamm. Walter is lovingly remembered by his son Ralph, his wife Shauna and their children, Gabriel, Lauren and Morgan of Altona; his daughter, Shawna Newell, and her son, Luke Newell, of Fargo, North Dakota; and his special friend, Sarah Derksen of Altona.

Walter was born on February 22, 1936 in Altona. He grew up in Kleinstadt and lived on the homestead until 2016. Early in his life, Walter worked for farmers and on the family farm. Walter and Helen were married in July, 1961. They had two children and spent fifty years together on the farm. Walter and Helen were avid baseball fans, enjoyed playing Dominos with their friends, and maintained a large garden.

Walter worked at Friesens from 1973 until he retired in 2000 and appreciated the friendship of many coworkers over the years. After retirement, Walter spent over twenty years volunteering at the MCC.

In 2016, Walter moved to Altona, where he enjoyed six good years in his condo. Over the past nine years, Walter appreciated the companionship and friendship of Sarah Derksen. With Sarah, he found a companion for country drives, going out to eat, time with his family, at baseball games, and in quiet evenings watching TV.

Walter was a man of few words, and many kind, generous deeds. He was dedicated to his family, his community, and his friends.

Walter was fortunate to be in good health for most of his life, and appreciated the care of his doctors, Dr. Winning and Dr. Basta. In the past month, Walter was grateful to be cared for at home, by Sarah and Ralph, while his health declined and by caring staff at the Altona Memorial Health Centre during the last week of his life.

Viewing will be held at the Wiebe Funeral Home in Altona on Sunday, June 5th from 1 pm to 9 pm. Funeral Service will be held at the Altona Bergthaler Church on Monday, June 6th at 2 pm with burial to follow at Hochstadt Cemetery.  A livestream of the funeral service will be available on the Altona Bergthaler Church youtube channel.

As expressions of sympathy, donations may be made in Walter’s memory to the Altona and District Palliative Care Volunteer Team, Box 660, Altona, R0G 0B0.

To order memorial trees or send flowers to the family in memory of Walter Hamm, please visit our flower store.