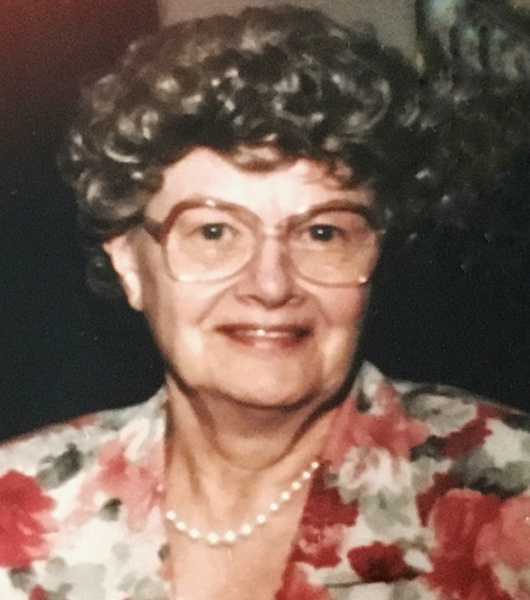 Vivian was born on September 20, 1924 in Altona, Manitoba to Jacob Gerhard Siemens and Eva (Braun) Siemens. She and her younger brother Bennett were close friends throughout their lives until he predeceased her in 2005.  Her sister Ivy Irene died in infancy.  Vivian enjoyed growing up in southern Manitoba and the many connections she made there with friends and extended family were important to her for her entire life.  After she graduated from high school in Altona, Vivian followed in her beloved dad’s footsteps and attended Normal School for a year to be trained as a teacher.  Her first teaching job in a rural one room school required her to arrive early and fire up the wood stove before the children arrived, teach grades 1-9 curriculum, grade assignments and clean the building.  After one year, she decided her career interests lay elsewhere.

Ever curious and open to adventure, the big city beckoned and Vivian set out to experience it.  She moved to Winnipeg in the 1940’s as a young single woman, renting a brand new apartment in the Wolseley neighborhood with one of her best friends from Altona.  Vivian cut quite a figure; she enjoyed the latest fashions and she loved to design and sew her own outfits as well as purchase the most stylish shoes and coats.  She trained to become a dental assistant and worked for Dr. Percy Goldberg for many years.  She was very devoted to her job, so he was surprised when Vivian seized the opportunity to move and work as a seamstress at the glamorous Banff Springs Hotel for a summer.  She would fondly tell many stories about living and working in the hotel, where she came into contact with many people of all sorts.  She also remained lifelong friends with her coworkers there.

Vivian returned to Manitoba to be closer to her family.  Back at her dental assistant job, she met her future husband Henry Friesen in the 1950’s.  The family story is that they met while he was in a dental chair and he flashed his famous smile at her.  A year later, they married, in June 1957.  Vivian moved to Henry’s grain farm west of St. Francois Xavier and gave birth to her first child Jared Friesen in 1958.  The birth of her daughters Julie and Dawna followed a few years later.  Vivian embraced the multiple duties of motherhood and farm work with the strong work ethic she learned from her teacher/farmer father.  She planted hundreds of trees to create a farm yard on the bald prairie, tended large vegetable and flower gardens, preserved and pickled large amounts of the garden’s bounty and made her own soap.  Farm to table was her life.  She realized her dream to plan and build a new house for her family.  Vivian did this while raising three children, working outside the home and taking an intense interest in the larger world.

Vivian was always up to speed on news and current affairs. Politics was a life-long passion and she loved engaging in policy debates and campaigns for issues she cared about.  She became involved in the local school board because she cared about the quality of education in her community.  She was a meticulous census-taker for Census Canada because she believed that farmers’ work and lives should be counted.  She registered voters for Elections Canada, driving hundreds of miles in rural areas to make sure people were on the voters’ list.  She was a proud citizen who believed in trying to make Canada a better, stronger country.

Vivian’s adventurous spirit and love of travel remained throughout her life, as she took many trips to London and New York into her eighties. She was devoted to her immediate and extended family and was always quick to reach out and help anyone in need.

A graveside service will be held on Saturday September 17 at 2 pm at the Altona Town Cemetery (located at the corner of 4th Ave NE and 6th Street NE) followed by a gathering for coffee and memories at 2:30 at the Altona United Church at 45 3 Avenue NW, Altona.  All are welcome at both. In lieu of flowers, memorial tributes may be made the to Alzheimer Society of Manitoba www.alzheimer.mb.ca

To order memorial trees or send flowers to the family in memory of Vivian Grace Friesen, please visit our flower store.