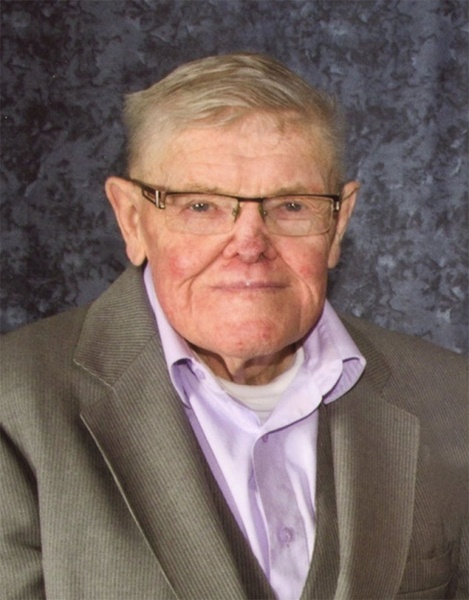 On Thursday, June 2, 2016 Tony Penner, age 81 years of Winnipeg, formerly of Halbstadt, Manitoba passed away at the Victoria General Hospital.

Tony was born on October 2nd, in 1934.  His parents, Cornilias and Aganetha Penner welcomed him as the youngest of 11 children to their home in Halbstadt, Manitoba.

In his early teens, his parents moved the family to South America, only to return to Manitoba a year later.

Tony developed an interest in all sports but his passion was hockey.  In the early 1950's, he played Right Winger for the Altona Maroons .  He was on the winning SEMHL championship team.

Tony supported his growing family by working two jobs. During the Fall and Winter months, he worked at Manitoba Sugar  and then in the Spring/Summer  went to Versatile Farm Equipment Manufacturing where he eventually worked full time for a total of 34 years.

You will recall, Tony's love for sports?  This passion was extended to his sons.  He regularly drove them to games, hockey camps and tournaments. His sons still enjoy watching hockey and Jerry continues to play to this day.   Mariann although never truly interested in watching the games, she always showed interested when a fight broke out.

In the summertime his hobby was baseball, playing for the Versatile fastball team. In later years, he was an umpire for both fastball and slo-pitch. He even coached his boys and their future wives in slo pitch to a league championship in 1989.

Summers also always included family camping. The family would go on many camping trips that would take them across the country and parts of the US. They all continue to have a fondness for camping.

It is evident, how much influence Tony had on his children.

I would like to end with a favourite childhood memory.

One of Tony's funny habits, the kids still laugh about to this day is whenever they would go visiting and it was time to leave, he would say" Well I guess we should get going...." the kids would run to put their shoes on and head out to the car.  Well .... 20 minutes later and in minus 30 degree temperatures they would still be sitting in the  car waiting for Dad to come out. This would go on for several years before they finally realized, leaving was never going to be a fast process.

Tony along with his wife Mary instilled great values in all their children and they will be missed very much in the days and years to follow.

Funeral service was held on Thursday, June 9, 2016 at 1:00 p.m. at the Altona Sommerfeld Mennonite Church.  Interment followed at the Altona Cemetery.

Donations in memory of Tony Penner may be made to the CancerCare Manitoba.

To order memorial trees or send flowers to the family in memory of Tony Penner, please visit our flower store.