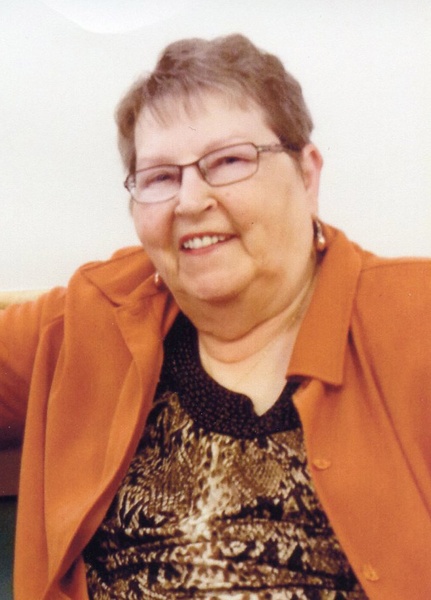 Tina Kehler nee Teichroeb was born August 14, 1936 at the Concordia Hospital in Winnipeg. She was the third of ten children born to Rev. A.A. and Tina Teichroeb. She was baptized upon confession of her faith in 1956 into the Altona Bergthaler Mennonite Church.   Mom married John Kehler September 1, 1957, and they were blessed with 5 children, 11 grandchildren and 6 great grandchildren.

She is survived by her loving and caring husband John, her children;

She was predeceased by her parents, Rev A.A. and Tina Teichroeb, her parents-in-law Peter and Margaret Kehler, one sister, 2 sisters in law, 6 brothers in law, and 2 nephews.

Mom’s childhood shaped her faith, and many happy memories were created as a result of her parents involvement in various ministries in Southern Manitoba. Mom moved to Winnipeg after high school and worked in Winnipeg at The Bay.  She then returned to Altona where she met her "hockey player”.  They had a special wedding in 1957, and mom was a beautiful bride evident in the photos we love to look at.  Mom lived her life in faith and love, which was demostrated by her care for her family and friends, and the friends of her children.   Mom enjoyed laughing, singing, curling, baking those famous chocolate cakes, and get togethers with her family and friends.  Fond memories were created on summer trips to Detroit Lakes, Banff, and special vacations to Spain and Mexico.

As the children got older and moved out and the grandchildren arrived, being a grandma became a great source of joy for mom.  She enjoyed babysitting, taking them on road trips, watching them play sports or perform on stage, all while giving out lots of hugs and praying earnestly for them.

Mom was diagnosed with type 2 diabetes, and as a result had her first leg amputated in 2003.  She had many happy years after that.  Mom and dad had the transfer into the car perfected, and off they went to all the events they enjoyed.  In 2007 she had her second leg amputated.  These were obviously difficult times but she remained strong in her faith.  She received a wonderful blessing during this time, her and Evelyn Penner were both patients in the Altona hospital and they became best friends.  They moved into Eastview within weeks of each other, and created many special memories.  As family we will be forever grateful for the blessing of their friendship.

Thank you to the wonderful staff at Eastview for the loving care they provided mom during her last years, to all friends and family for the gifts of food, phone calls, prayers, cards, flowers, and hugs..  Thank you Pastors Rick Neufeld and Virginia Gerbrandt Richert, and everyone that has participated in the service

Funeral service was held on Monday, February 2, 2015 at 2:00 p.m. at the Altona Bergthaler Mennonite Church with interment at the Neubergthal Cemetery.

Donations in memory of Tina Kehler may be made to Eastview Place.

To order memorial trees or send flowers to the family in memory of Tina Kehler, please visit our flower store.