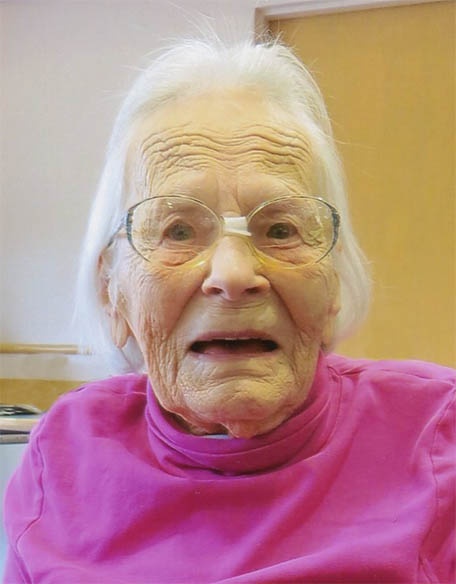 Katherine (Tena) Neufeld (nee Friesen) of Altona, Manitoba, passed away peacefully with her children at her side on Sunday, October 21, 2018 at the age of 97 years.

Tena was born on March 24, 1921 in Rosenfeld, Manitoba to Jacob and Anna Friesen (nee Sawatzky). She attended school in the Thames school district with her three siblings, two older brothers and a younger sister.

On September 20, 1942 Tena married Henry Neufeld. A short time later they moved to the Macgregor area with Henry’s parents. While there Tena and Henry had 4 children. As well as raising their own children, Tena and Henry were foster parents to many other children. One of those children lived with them from an early age until adulthood.

In 1967, the family moved to Altona where Tena resided until her death. As well as caring for her family, growing a large garden, and being a foster parent Tena spent many years assisting others as a home care worker.

Tena was predeceased by her husband Henry, her son Harry, parents Jacob and Anna Friesen as well as her siblings John Friesen, Jake Friesen and Dora Wiebe.

A service celebrating the life of Katherine (Tena) Neufeld was held on October 24th. She was interred in the Weidenfeld Cemetery.

To order memorial trees or send flowers to the family in memory of Tena Neufeld, please visit our flower store.