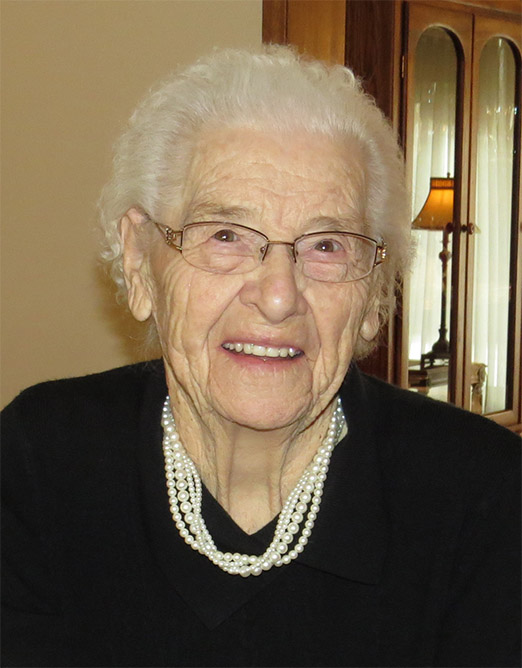 It is with sadness that we announce the passing of our mother, grandmother and great-grandmother, Susan Reddekopp Schulz, on June 9, 2019, at the age of  94 years.  Susan Schulz  (nee Reddekopp) was born in Warman, Saskatchewan, to Gerhard and Anna Reddekopp on July 23, 1924.  She was the second oldest child

Susan married Leonard Schulz on August 4, 1946.  Together they raised five children.  For many years, Leonard and Susan farmed in the Weidenfeld/Schoenau area of Manitoba.  In 1984, they retired from farming, but continued to live on the farm.  In 1997, they moved from the farm into the town of Altona.

In 2009, following the death of her husband, Susan moved to Winnipeg.

We, the children, are very grateful for our strong, enduring mother who was always there for us.

Our mother will be remembered by all who knew her as a strong, capable, and selfless person who  gave to others, without ever asking for anything for herself.  Remaining to cherish her memory are her five children:  Richard and Delores,  Judy and Ronn,  Rosella and Bruce,  Alvin and Christine,  Gerald and Priscilla, her eight grandchildren, her 10 great-grandchildren, and her large extended family.

A celebration of Susan Schulz's life will be held on Saturday, June 15, 2019, at the Bethel Mennonite Church in Winnipeg at 11 am.  Viewing will be at Wiebe Funeral Home Altona on Thursday, June 13 from 12:00 noon to 6:00 p.m., and at the church one hour prior to the service.

A private family interment will take place in the Altona Cemetery.

If desired, donations may be made to Mennonite Central Committee, or the charity of your choice.

To order memorial trees or send flowers to the family in memory of Susan Schulz, please visit our flower store.
Send a Sympathy Card