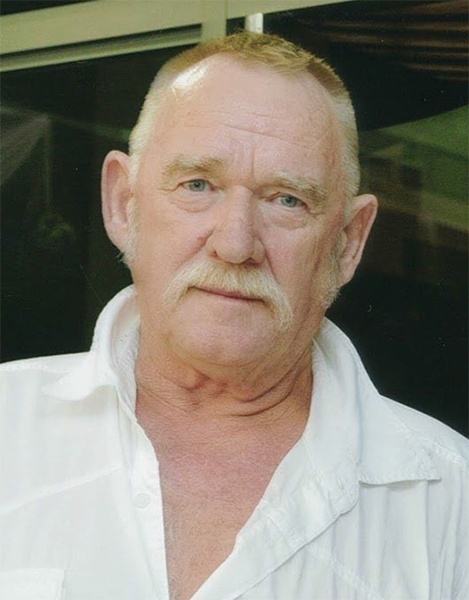 Stanley George Stoesz, age 72, of Erickson, Manitoba, passed away on to his eternal home with Jesus on Thursday, August 16, 2018 at the Minnedosa Hospital.  He is survived by his beloved wife Fauziah Binte Janidi (or Foz), his daughter Peggy Plett (her husband Reginald), their children Carla, Taylor (his wife Nicole), Trevor; and his son David Baker.

Stan was predeceased by his parents Henry and Sarah Stoesz.  Stan was born on February 13, 1946 in Altona, Manitoba. He was the second of four children.  Stan grew up on the family farm in Kronsthal with his siblings. He completed his elementary, junior and high school years at Kronsthal.  He worked as a mechanic in Altona and Morden repairing farm machinery for many years before moving to Edmonton to continue work as a mechanic. There he found a job with an oilfield drilling company as a rig mechanic.  This job sent him to many countries wherever they had oilfield drilling activities.

He continued working in oilfield industry for many years with different contractors.   Countries where Stan worked included Indonesia, Philippines, Papua New Guinea, Turkey, Yemen, Japan, and India.  His duties were to keep things running whether it was trucks or the diesel generators that ran the rigs.

The last eight years before he retired, he was working for National Oilwell Varco as a Senior Installation and Commissioning Engineer in Singapore.  He was part of a team that installed and commissioned new oilfield drilling equipment on offshore drilling rigs that were being built in the shipyards in Singapore.

He enjoyed the different parts of the world where he worked especially the deserts in Yemen which held a sense of awe for him with the immense skies full of stars, the brilliant sunsets, and the stark emptiness of the land.  We have a picture of him standing in the middle of the desert with a sea of sand around him standing beside a local man who was selling pop and Stan with a big smile holding a bottle of Pepsi. Imagine in a place so empty, in the middle of nowhere, to find a person selling cold Pepsi inside his little hut. You never know what you will find.  He brought home quite a few artifacts from different the places that he had been to.

Throughout his career, Stan made many friends.  He enjoyed the camaraderie with his co-workers as they worked together in harsh conditions and isolated areas.  Many of the friends kept in touch for many years.

The food and culture were also things he found interesting.  One of his favourite foods was mee soto (an Indonesian style chicken soup with yellow noodles) which he would eat every weekend when he was living in Singapore.  Roti prata (an Indian flat bread) with chicken curry was also something he would eat quite often. Another favorite he enjoyed was Chili Crab (a must try food for any visitor to Singapore).

After Carla’s high school graduation, Carla and Taylor visited Singapore for an experience that will last a lifetime.  Grandpa Stan and Foz were still living there at that time. So, Carla and Taylor were able to eat some Chili Crab while they were there and they enjoyed it too.

After many years of hard work his health began to change. He had a knee replacement surgery done and was not the same after that.  It was then that he and Foz talked about returning to Manitoba. They looked at many places and found a home in Erickson, Manitoba.  They found a garage with a small restaurant attached and a house. It was always Stan’s dream to work in a small garage. He liked the idea of walking over and having coffee with people and getting in on the latest news of the community.  They then moved to Erickson in March of 2015. They enjoyed the community and felt welcomed by many people. They found the people were very genuine and friendly and open to help. While here he was able to see his grandson Taylor’s and his wife, Nicole’s high school graduation. He also came for Easter and Christmas.  It was a long time since we were able to spend these holidays together as family.

Unfortunately due to Stan’s health, he and Foz were unable to take in Trevor’s grad or Taylor and Nicole’s wedding.

In April of 2016 he had a major heart attack.  His health declined quite a bit after that. He had another major incident in April of 2018 and his health declined even more so and at a faster rate.  He had to stay in the hospital and finally was transferred to the Sandy Lake Nursing Home.  During all this time Foz cared for him at home and later in the hospital and nursing home.

He was sent to Brandon Hospital for surgery on August 2nd and transferred to Minnedosa Hospital on August 15.  On the morning of Aug 16, Stan took his last breath. Foz was by his side along with the nurses and paramedics who tried to revive him.

Stan is remembered as a kind, generous and patient man. He always tried his best wherever he could. His cheerfulness and optimism when faced with any challenges made life with him a good one.  He was loved dearly and will be missed very much.

Donations in memory of Stan Stoesz may ne made to the Heart and Stroke Foundation.

To order memorial trees or send flowers to the family in memory of Stanley Stoesz, please visit our flower store.