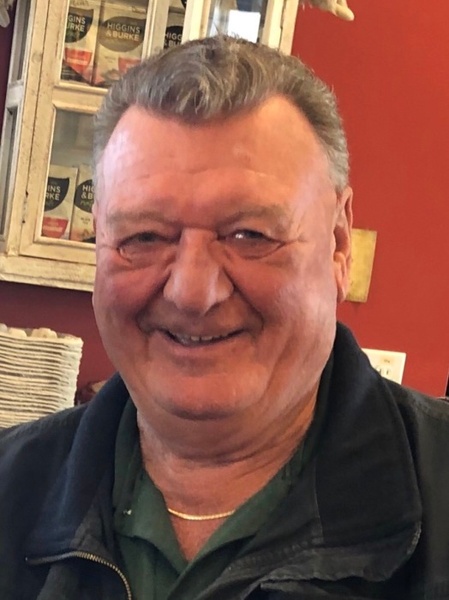 Rod was born on April 26, 1946 in Altona to Peter and Eva Stoesz. He was the oldest of four children. He was predeceased by his parents, brother Rick, and daughter Angela.

Rod spent the first 8 years of his life on the farm, after which his family moved to Winnipeg. After the tragic accident that took his father’s life, the family moved back to Altona, only a year later. As the oldest son, Rod assumed responsibilities that many other 9 year olds would not have had to. There was much support from extended families, especially the aunts and uncles. As Rod grew to be a teenager, he started to help out at his Uncle Andrew Heinrich’s farm. When Rod was 19, he started to work at D.W. Friesens (as it was called then), working as a pressman.

This chapter in Rod’s life led to the meeting of his first and only life love, Edna. It was a whirl wind romance, and within less than a year of dating, they had begun married life together. There were those that thought they might be a bit young for such a commitment, but it’s pretty clear that Rod knew what he wanted, and there was no need to waste any time.

Rod loved his work, and was well respected among his peers, as he moved through the ranks of the business, over his 39 years with the company, retiring in 2005.

But more than work, Rod loved to play. His play took many forms. For most of his adult life Rod loved to water ski, camp and horse around with whoever the pals of the moment were. Rod built life long friendships and together they created many memories of shenanigans and pranks, directed at each other in fun and a sense of competition for who could “get” the other guy the most. Play also took the form of many hours working on beautifying their beautiful property in the village, where Rod and Edna lived for over 50 years. RVing was something that was central to Rod and Edna’s life together, and the miles they travelled, both in Canada and to Arizona and other destinations would make anyone jealous. Rod loved his “toys”, and unlike some people, they were meant to be used, not parked in the driveway.

Family and community life was central to Rod’s life. Raising Angie and Terry, he took great joy in their accomplishments and was their biggest supporters. Angie became ill at a young age, and that brought new challenges. But both Rod and Edna were happy to see Angie become healthier and resume a normal teenage life, and he was never more proud and happy than to walk her down the aisle. Sadly, her illness took her life too early, and that became one of the defining events of Rod and Edna’s life.They took strength and comfort from the fact that Angie had given birth to Cody, and in his early years, they were able to shower him with much love. And as time passed, they welcomed more grandchildren and now even great grandchildren, who are all regular visitors to Rod and Edna’s home.

In Rod’s late fifties, he developed kidney issues, that eventually led to the next defining chapter in his life, when he underwent a kidney transplant, in 2012. The transplant went well, and deepened the family bond with his sister Rosella. Life after the transplant was pretty close to normal, until very recently.

In mid-May, Rod experienced some mild symptoms that seemed to be persistent, and within less than two weeks, it was determined that Rod had a brain tumour, and it was quite serious. Surgery was planned, and after one postponement, it was scheduled for Monday, June 10.

Unfortunately, Rod’s health deteriorated significantly, and he was medevaced to Health Sciences Centre on Sunday, June 9. Surgery was no longer a viable option, and the decision was made to provide comfort care only, as the tumour was very aggressive. With family and friends by his side, he slipped away peacefully, in the afternoon of June 12th.

The family wants to thank Dr. Winning for his prompt attention and referral to the neurologist, and staying involved throughout the weeks of his illness. Thanks to Rod’s Neurologist, Dr. Serlettis and the excellent staff at the Health Sciences Centre for their compassion and care. The many prayers and messages, through texts, emails, phone calls and in person visits were much appreciated by Rod and the whole family.

A celebration of Rod’s life was held on Monday, June 17, 2019 at the Altona EMM Church. Interment followed at the Bergfeld Cemetery.

Donations in memory of Rod may be made to Altona and District Palliative Care.

To order memorial trees or send flowers to the family in memory of Rod Stoesz, please visit our flower store.