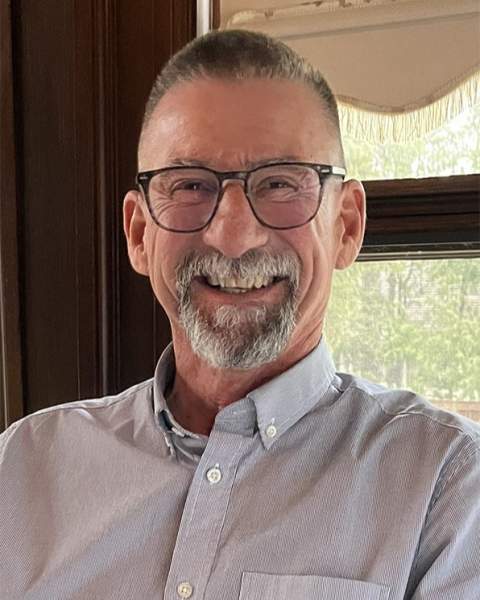 Richard Warren was welcomed by Helen and Ben Neufeld on December 15, 1958 at the Altona Hospital.  He was the fourth sibling after Donna, Janice and Bruce.  He spent most of his years living in Altona with some short stops in Winnipeg and Vancouver Island.  Jim Penner, the owner of Penner Foods, used to call him the Mayor of Altona because whenever he would visit Richard at the store he seemed to know everyone and had a pulse on what was going on in the community.

Richard went through the school system in Altona, graduating from high school in 1976.

He had a few part time jobs in his teens and then started in the meat department at Penner Foods right out of high school.  This was the beginning of the first half of his working life.  He managed the produce departments in Altona and Winkler, was the assistant manager and manager in the Altona store.  When Penners sold to Sobeys he went to Winnipeg for a year as a District Manager.  The last twenty one years, his work days were spent leading Blue Sky Opportunities in supporting and advocating for adults with intellectual disabilities.

Richard worked hard but also played hard.  He followed his hobbies and passions with curiosity and persistence. These included:  music - playing drums and singing in many different bands, photography, baseball, golfing, scuba diving, skydiving, drag racing, classic cars (especially his 1967 Nova), Legends Car Club, Airport Drag Races, motorcycles and fixing vintage Harley engines.He had a hard time saying no and when he got involved with something he could not be a bystander.  He was a mover and shaker, an organizer, a list maker and a networker.

Richard and Andrea married in July of 1990.  They spent five years developing their relationship. They did some traveling but mostly spent time together at home - cooking, reading, watching movies and making plans for the future. In 1995, Benjamin Riel joined the family.  Named after Richard’s dad, Benjamin was the apple of Richard’s eye and now he proudly added the role of father to his list of responsibilities.  William Reese came in 1998 and with the family complete, Richard worked at being the best dad he could be. Whether it was playing on the floor, going for bike rides, taking the Nova for ice cream, managing their baseball and hockey teams, driving to skate parks, helping to build a skate park, building choppers and sometimes picking the boys and their choppers up from the side of the road, he loved them completely and supported them unconditionally.

At the end of April this year, Richard retired from 21 years at Blue Sky Opportunities.  He was very excited about this next chapter and had dreams of many motorcycle trips and hours in the garage fixing vintage engines for friends and acquaintances.  Unfortunately, he received a diagnosis of colon cancer just a few weeks later.  Even though this was devastating news, he handled this with grace and bounced back from surgery with determination and positivity.  He got back on his motorcycle, took in his favorite Winnipeg Folk Festival and spent lots of time with family and friends.

He passed away at home on Friday, August 19th.  Our hearts are broken.

He leaves his wife of 32 years, Andrea.  Son Ben and partner Jordan. Son Will and partner Kelsey.  Brother-in-law Harv Kehler and wife Jeanie, sister Janice and husband Denis, brother Bruce and wife Beth.   Andrea’s parents, Lloyd and Lynette Penner, sister Anissa and friend Dan and sister Amanda.  Special nieces and nephews and their families.The many people he worked with over the years and so,so many friends.  He was predeceased by his parents Ben and Helen and sister Donna.

To Constable Caitlyn Ginter and Sergeant Dan Defer for coming so quickly to help us. To the paramedics that came quickly and worked hard to give us a different outcome.To our families, our many friends and acquaintances, our colleagues from Parkside School, BorderLand School Division and Blue Sky Opportunities, our neighbors - everyone has been so kind and so generous with their time and support.  To our neighbor and friend Rick for helping us honor him with the service.  For Trevor and Abe at Wiebe’s Funeral Home, you get things done in a way that would make our compulsive list maker happy.

A dear friend, Lesley Fox, said it all when she sent a message about his retirement…

A celebration of Richard's life was held on Friday, August 26, 2022 at the Rhineland Pioneer Centre in Altona.

To view the celebration of Richards life click on the video link below.

Donations in memory of Richard may be made to the Altona Community Foundation,  or to South Central Cancer Resource.

To order memorial trees or send flowers to the family in memory of Richard Neufeld, please visit our flower store.