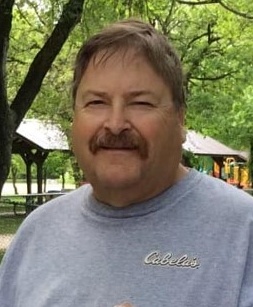 Randy Johnson, age 66 years, passed away peacefully at 7:29 PM on June 30, 2022 at the Altona Hospital wrapped in the love of his immediate family. He was born in Maidstone (Paynton), Saskatchewan and lived in numerous places, including Alberta and Manitoba. Randy called Breton, Alberta home as he lived there for 15 years which is the longest he was in any one location.

Randal’s memory is lovingly carried on by his wife of 33 years, Lori Johnson, and by his daughter Opel (Dylan) Fulks and his son Benjamin (Breanne) Johnson. He is also remembered by his grand children, Jessie and Maren Fulks, and Ellie and Beau Johnson. Randy leaves behind his brother Richard Johnson and his sisters Sheila Johnson and Kathy (Kevin) Andrew, as well as numerous nieces and nephews.

Dad requested no service to be held, so we are asking for those of you who knew Dad to please feel free to share memories on this post.

To order memorial trees or send flowers to the family in memory of Randal Gordon Johnson, please visit our flower store.