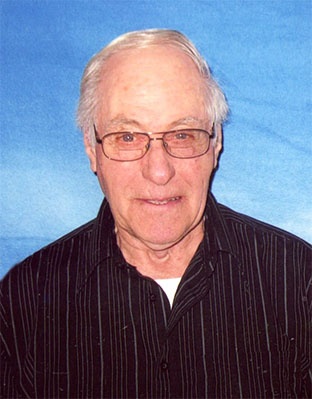 Dad was born August 2, 1930 in the border village of Blumenort, Manitoba.

As a young teenager, dad’s family moved from Bluemort to Rosenort (now Rosetown) about 6 miles to the northwest. After a few years in Rosetown, Grandpa next moved his family to Rudnerweide.  By now dad was in his older teens and very much involved in the everyday working of the farm.  It was farming, baseball, and the occasional horse ride.

Mom and dad were married in September 1952 and made their first home on Main Street in Schoenwiese, across the street from Grandma Wieler.  Dad enjoyed farming, and worked the soil for the rest of his working days.  Dad was a bit of a pioneer when it came to fertilizer, seeding and seed placement.  He gave these farming practices a lot of attention.

After mom and dad were married, they attended the Old Colony Church in Rosetown, where for many years, dad participated as song leader and mom as Sunday school teacher.  Church and worshipping the Lord were part of their fabric.

Mom and dad were blessed with 5 children while in Schoenwiese, and then in 1967 they packed up the family and moved about 10 miles east to Neu Hoffnug (New Hope).  Then, about 13 years ago, in 2002, after mom passed away, dad moved to Altona, where he lived until 3 weeks ago.

About 3 years ago dad was diagnosed with lymphoma, a form of cancer.  After a year or so of treatments, the cancer was held in remission, until about 6 months ago when it manifested itself again.  This time, dad did not pursue further treatment.  As the effects of the cancer were taking their toll, and the end of the journey was beckoning, dad seemed more and more at ease with his situation.  Dad was at peace with it.

Dad loved the feedom that staying in his own home allowed him.  He stayed at home, with the help of home care, as long as he could.  However on the morning of Monday, May 2nd, when it became too difficult for those taking care of him at home, he was admitted to the Altona Hospital.

Dad’s faith was always important to him, and as a teenager, he accepted Jesus Christ as Lord and Saviour.  He was baptized upon his confession of faith on May 30, 1950, in the Sommerfeld Mennonite Church, at the age of 19.

In the hospital, his health continued to deteriorate and on May 24, 2016, dad went to be with his Lord and Saviour.

We the children, want to say a special thanks to the aunts and uncles who so faithfully came to visit, bring food, and even help with the household chores.  Thank you to the nurses and doctors who have been so kind and helpful.  Thank-you as well to all who have shown love and concern to dad and his children, during these difficult times.

Funeral service was held on Saturday, May 28, 2016 at the Altona Sommerfeld Mennonite Church.  Interment followed at the Altona Cemetery.

We love you dad,

See you on the other side,

Donations in memory of Peter may be made to Altona and District Palliative Care.

To order memorial trees or send flowers to the family in memory of Peter A. Peters, please visit our flower store.