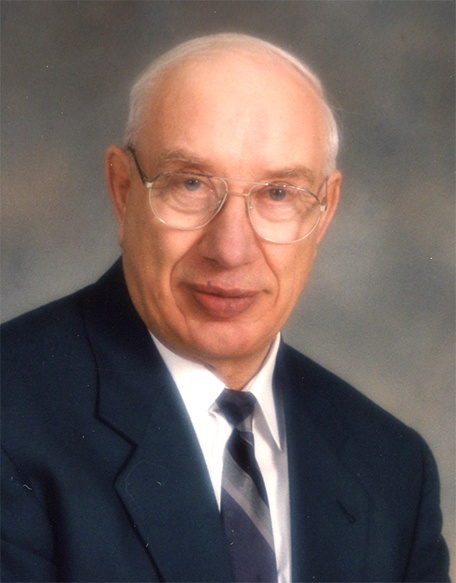 Peter Neufeld, died at the Altona Hospital, with family at his side, on the morning of Saturday, January 9th, 2021. He was born in the Rosenhiem District, north of Horndean, Manitoba on April 14th, 1925 to Johann and Elizabeth (nee Bergen) Neufeld. He was the youngest son of 7 boys and had three sisters. His childhood and adult life revolved around duties related to family, farming, supporting his neighbors and serving his church.

He was baptized in the Rosenfeld Bergthaler Church in his early twenties. This was also the occasion he was formally introduced to his future wife the late Helen (Wiebe) Neufeld whom he married on November 6th, 1949. They established a family home near his parents and eventually purchased the homestead he’d grown up on.

Farming was his life and driving a school van of neighborhood students to Horndean became part of his daily routine after the closure of the district's one room school. Later the school route was extended as Horndean School was closed and students were transported to Rosenfeld on a Rhineland School Division bus. He retired from driving a school bus after 22 years.

True to the Neufeld brothers' tradition dad was mechanically inclined and liked to tinker/fix/maintain most or all farm equipment/vehicles. He missed his machine shed a lot when he moved off the farm. The grandchildren recalled that his shed was also a home gym during the winter months.

Family meant everything to my dad. You need help, call dad. He helped us out countless times no matter where we were or what was happening on the farm.

Travelling centred around visiting family. With mom at his side he would drive to the west coast, to destinations in Alberta and Saskatchewan. Any road trip would usually include a few bonus adventures as “getting lost” was inevitable.

Dad spent several years faithfully visiting mom in Eastview Place prior to her death on April 27th, 2014. They buried one son, Donald, in infancy.

Also, mourning his death are many nephews, nieces of the siblings who predeceased our father together with their spouses. The extended family surviving him includes:

The family would like to thank the staff at the Altona Memorial Health Center for their care and compassion while ministering to dad's needs in his final days. Thank you also to Trevor Groening and the staff at Wiebe’s Funeral Home in Altona, Manitoba for helping us navigate his burial during the COVID-19 pandemic.

Donations in memory of Peter may be made to the Canadian Foodgrains Bank.

To order memorial trees or send flowers to the family in memory of Peter Neufeld, please visit our flower store.