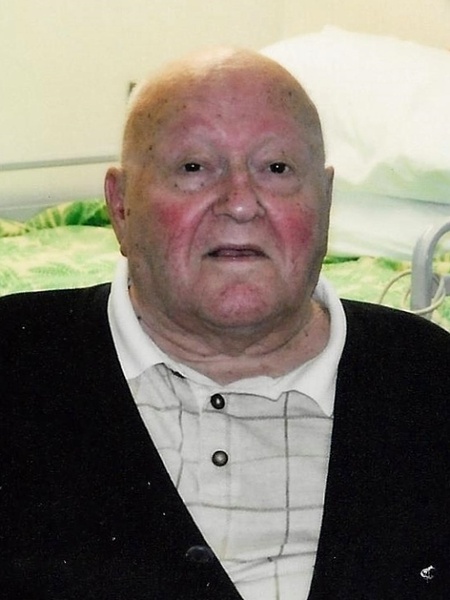 It is with sadness and rejoicing that we announce the passing of Milton, our father, on September 30, 2016 at the Emerson Care Home in Manitoba. He is at peace and journeyed to his Heavenly Home where Jesus and many family and friends awaited him.

Milton was born in Wellesley, Ontario on May 29, 1923. He married Clara Ropp in 1945 and with their four daughters they moved to Scarborough, Ontario. He worked for many years at Suburban Metal Industries designing and selling straps and tie down equipment for the transportation industry. He is survived by his daughters: Diane (John) Macintyre (Tammie, Fiona, Connie and Glen) of Milton, Donna (Tony) Klassen, (Clarise, Nathan, Nevin, Juanita, Nadine and Vernon) of Gretna, Manitoba, Sharon (Allan) Gilbert (Colin, Wesley, Stuart) of Thunder Bay, Ontario, Sandy Schaaf (Candice, Hayley) of Barrie, Ontario and by many great grandchildren. Milton is survived by his sister, Barbara Zehr and brother, David Roth. He was predeceased by his parents, David and Barbara Roth, and, by his wife Clara, daughter of John and Emma Ropp, and by his brothers Elmer, Alvin, Mike, John and Ernie and by his sister, Nancy and by his son-in-law, Bob Schaaf.

We would like to thank Donna, our sister, and her family for assisting Dad during his stay in Altona and in Emerson, Manitoba.  As a family we are so grateful to Dr. Kliewer and all the staff at The Gardens and the Emerson Care Home for your loving and kind care of our Dad.

Visitation will begin at 10:00am and the service will begin at 11:00am on Saturday, October 8, 2016 at McKersie- Kocher Funeral Home 114 Main Street East, Milton, Ontario 905-878-4452. Following the service a luncheon will be provided at McKersie-Kocher Funeral Home. There will be a family interment at Evergreen Cemetery later in the day. In lieu of flowers, donations in Milton’s memory to Teen Challenge Canada would be appreciated. Donations are accepted through http://www.teenchallenge.ca

To order memorial trees or send flowers to the family in memory of Milton Roth, please visit our flower store.