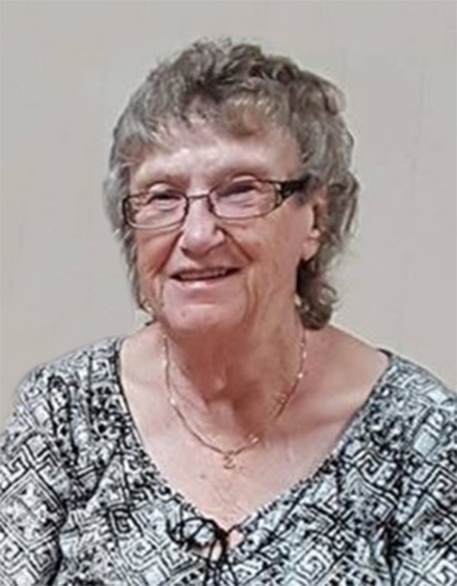 Mary Wilson, aged 80, passed away at Boundary Trails Health Centre on April 11, 2018 . She was surrounded by her family.

She was predeceased by her parents James and Maria McCormack and her brother Sam McCormack. She is survived by her loving husband of 60 years, Allan, her sisters Moyra and Betty and her children Anne (Geordie) Pratt, Brenda (Don) Piett, Suzanne (Al) Berard, Kelly (Todd) Johnson, Brian (Donna) Wilson, and Cheryl (Mike Schneider) Hurtubise. Mary leaves to mourn her passing 18 grandchildren and 19 great grandchildren.

Mary was born in Motherwell, Scotland and emigrated to Hamilton, Ontario with her parents when she was 15. There she met the love of her life, Allan, and they started a family. The economic future looked brighter out west and the young family moved to Regina Saskatchewan and then, in 1969, to Thompson Manitoba. Mary worked in the Thompson General Hospital for many years, retiring in 1995. On retirement the Wilson’s moved to Emerson. Recreation in Thompson was camping, fishing, and later weekend and holidays at the cabin at Paint Lake, always surrounded by plenty of family. Mary was always very involved with her family and loved family dinners, barbeques, and other events.

After moving to Emerson, winters were spent in Rockport Texas where Mary and Allan made many friends. Summers were spent enjoying her gardens and life in Emerson.

Thank you to Doctors Antonious and Basta in Emerson and Doctor Duff and the nurses in Boundary Trails Health Centre. Thanks to Katie’s Cottage where many family members stayed during Mary’s stay at Boundary Trails. Donations in memory of Mary may be made to the Elks and Royal Purple Fund for Children or Katie Cares (Katie's Cottage).

To order memorial trees or send flowers to the family in memory of Mary (May) Wilson, please visit our flower store.