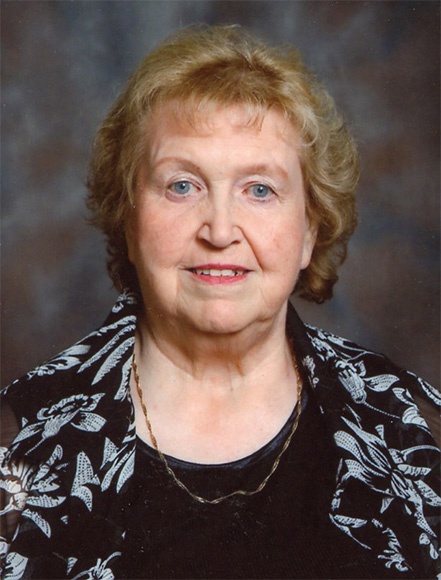 It is with great sadness that we announce the passing of our mother and best friend, Mary Ann Monkman (nee Thomson), of Woodmore, MB. Our mother passed away peacefully on Wednesday September 16, 2020 at the Altona Hospital at the age of 87. She was greatly loved by her children Norman and (Steven Tilp) of Calgary, Brook Monkman of Woodmore, and Marni Parenteau of Wpg. She will be missed by her grandchildren, Quinn Monkman, Brett, Sky and Serene Parenteau of Wpg.

Mary Ann was born in Miami MB, July 6 1933. She attended school in Miami until grade 11 then attended St. John’s Highschool in Winnipeg for her 12th year. After graduating she attended the Manitoba Provincial Normal School where she completed her teaching certificate. She first taught for the Frontier school Division in the small community of Loon Straits with her life-long friend Jean Simundson. There she met her husband Douglas Raymond Monkman and later married in 1955. After marrying she continued to reside in Winnipeg and taught for the Winnipeg School Division. In 1961 she stopped teaching with the birth of her two sons, Norman 1962, and Brook 1964. She was widowed August 13 1965 when Doug passed away in a plane crash at Loon Straits. Despite the loss of her husband, she was very connected to the lake and her husband’s family and kept a cottage on the lake that she spent most summers at. Shortly after being widowed she returned to teach for the Winnipeg School Division. She never remarried, but in 1975 as a single parent, adopted her 5-year-old daughter Marni Del Monkman. Mary Ann later attended the University of Manitoba and completed her B. Ed degree and B. Arts Degree. She was involved in community services, teaching English as a Second Language at night, doing volunteer counselling at the centre called Klinic in its early stages, and taught drivers’ education briefly.

Mary Ann attended the Grey Street United Church and sang in the choir in her young adult years and later attending the Winnipeg Unitarian Church for several years. Mary Ann supported many charitable organizations. She enjoyed her pets and showed Collies and Shetland Sheep dogs in both the Conformation and Obedience ring. After teaching for 30 years she retired to rural southern Manitoba and purchased a home in the Dominion City, Ridgeville area.

Mary Ann dearly loved her pets and animals of all kinds. In lieu of flowers, donations can be made your favorite animal charity, SPCA or Humane Society. Memorial service to be held at a later date.  We wish to thank the doctors, nurses and staff for her care at the Altona Hospital.

To order memorial trees or send flowers to the family in memory of Mary Ann Monkman, please visit our flower store.