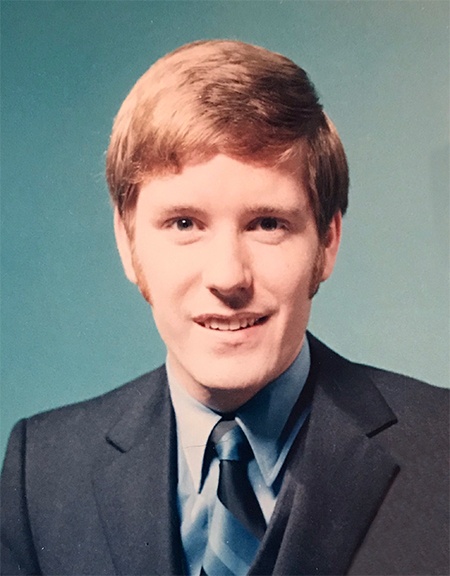 As in life, Larry Eiler quietly went about what he was doing and died at his home at River Park Gardens in Winnipeg, between periods in the hockey game. Beloved husband to Pam and son to Bob and Eleanor, Larry was born in Winnipeg, living most of his professional career in Altona. He is survived by his daughter Karen Cameron Friesen (Chris) and grandchildren Kai, Jordan, Ella, Sepp and Amanda; son Brian; sisters Shirley Sonnichsen and Darlene Eiler; and a number of indomitable Thompsons, including his mother-in-law Agnes.

Larry married the love of his life, Pam, in 1969. A graduate of Silver Heights Collegiate and the University of Winnipeg, he became a Chartered Accountant in 1971. In 1974, he established May & Eiler which led the family to Altona in 1978. Most importantly, being his own boss ensured Dad never had to wear a tie and he could spend summers puttering at Granite Lake with his father and children, in particular, at his side.

A private, quiet man, Dad enjoyed the details of the many businesses and charitable entities he supported over the years. His steady routine was punctuated by countless hours with his family—outdoor rink-building, hockey games, bat-catching, summer walks, Friday night skis, nighttime reading, on the water—love in action. Full of grandchildren stories, Dad was their number one fan from pool- to field-side. Parkinson’s Disease changed his trajectory, but not his heart.

Cremation has taken place. A private memorial will be held at Granite Lake. The family welcomes personal stories.

Donations may be made to Meals 4 Kids—Inner City Youth Alive.

To order memorial trees or send flowers to the family in memory of Larry Eiler, please visit our flower store.