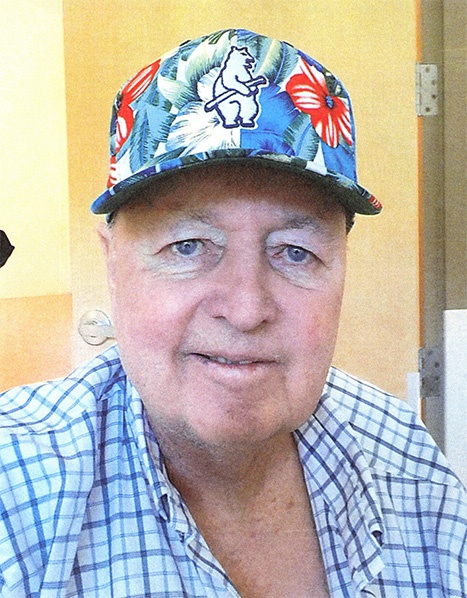 Ken Penner, age 70 years of Altona, Manitoba, passed away on Saturday, September 25, 2021 at Tabor Home, Morden. Aside from a brief sojourn in Brandon, Ken grew up and lived in Altona until July 2020. He will be missed by family and friends from Vancouver to Northern Ireland and beyond.

Ken was the oldest son of the late John and Katherine Penner. He lost his father at a young age, and was raised by his dearly missed stepfather John G. Unrau (aka Grandpa John). Ken lost his brother, Don, and mother just before starting his own family. The family he had was so important to him - his brother Cliff, wife Carolyn, their children Kara, Devin and Alex. Peter and Sara joined the family in 2005 and 2007, and he embraced them as his own. The lights of his life were his four grandchildren Ella, Naomi, Greta, and Margo. Over the past ten years, they added an abundance of joy, laughter and secret outings with Bapa to McDonalds or for waffles with ice cream. Ken had wonderful friends and former employees who also mourn his loss, including the ABC team, the Golden Boys, and the staff and Happy Hour gang at the Altona Hotel.

Ken’s life’s work revolved around Altona Building Centre, which he owned and operated from 1979 - 2005. He was an entrepreneur and developer who helped create an investment model for senior’s housing in small rural communities. Ken’s legacy can be seen in houses, civic buildings, hotels and senior’s residences throughout Manitoba and Saskatchewan. He was passionate about ideas and acting when he saw a problem – whether it was related to affordable housing, food poverty, or a lack of live music in southern Manitoba. He was inspired by his partner in life and business, his wife Carolyn.

Ken lived life with energy and drive, especially when it came to making Altona a better place to live. As an Optimist and then an Elk, Ken’s actions spoke louder than words. He contributed his time, skills and ideas to Maroons Hockey, Bison Baseball and Altona Figure Skating, among others. He loved sport in all forms – he even warmed up to soccer, but still couldn’t stand cricket. He was an avid fisher, golfer and card player. His other passion was music – attending every concert his children were in, then teaming up with Carey Kehler to bring Blues in the Park and Night Out with the Blues to Altona. We’re so proud of everything you achieved, Dad.

In the last few years, Ken joked he was inspecting hospitals across Manitoba on behalf of the government. There were several lengthy stays with nearly every organ getting attention. He made friends at every stop, with people drawn to his genial personality and ability to make people laugh. He remained stubbornly cheerful and uncomplaining, and refused to vote NDP right to the end. He will be remembered for his kindness, generosity, sense of humour and love of life. It’s Happy Hour, Ken.

The family is grateful beyond words for the help, support and kindness shown by so many people, including the fantastic staff at all the health and care facilities he inspected. They especially want to thank the medical, support and chaplaincy staff at Boundary Trails Health Centre and Tabor Home in Morden.

A private funeral service will be held with interment at Altona Cemetery. All friends are welcome to attend a viewing at Wiebe Funeral Home Altona on Friday, October 1 from 1:00 - 9:00 p.m., and Saturday, October 2 from 1:00 - 7:00 p.m.

Donations in memory of Ken may be made to Boundary Trails Health Centre Foundation (Dialysis Unit or Rehab Unit), or to the Rhineland and Area Food Bank.

To order memorial trees or send flowers to the family in memory of Kenneth Penner, please visit our flower store.