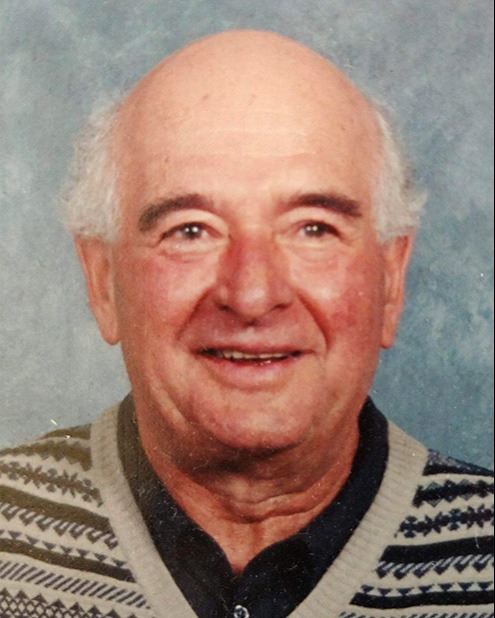 Ken “Sam” Braun passed away at the Altona Community Memorial Health Centre on November 28, 2022. He is survived by his wife Marianne (Kaethler); his daughter Monica Harder of Winkler and her children Zachary, Gabriel, Rahab; his daughter Teresa of Montreal; his sister Rosella Schroeder (Herman) of Almonte, Ontario; his brother Ronald “Joe” (Lois Nickel) of Altona; his sister Viola Braun-Fox (Derek) of Vegreville, Alberta and their children; and his sister-in-law Marlene (Epp) Braun of Winnipeg and her children. He was predeceased by his parents Aganetha “Nettie” Dyck (1906-1991) and Gerhard Abram “George” Braun (1908-1999), his brother Albert George Braun, and his niece Lori Schroeder.

Born in Winkler, Manitoba on January 6, 1942, he grew up on the family farm in the Kleinstadt school district, near Altona, where he participated fully in the day-to-day activities of farm life. After completing high school at Altona Collegiate, he studied at Bethel College, Newton, Kansas. For a few years, he spent the summers working on threshing crews in the US, and one winter he worked in the mines at Lynn Lake, Manitoba. He had many friends and enjoyed socializing and travel.

He also enjoyed singing, and throughout his adult life performed as a soloist at church services, sang in the church choir and the Southern Manitoba Choral Society, and eventually attended Conrad Grebel College at Waterloo, Ontario to study music. Upon his return to Manitoba to join his father and younger brother Joe on the farm, he had the opportunity to perform in the Manitoba Opera Association chorus, with his older brother Albert.

On July 11, 1982, he married Marianne Kaethler, who was a nurse in Altona. They both became faithful members of the Altona Mennonite Church. After living in Altona for a while, they moved to his parental home on the farm. There he continued to work with his brother, while he and Marianne raised their two daughters. He had an easy-going approach to farm life, and enjoyed puttering around in the yard and gardens and creating small, artistic, sometimes bizarre landscapes and structures that reflected his personality. Soon after the Braun family sold the farmland, Ken and his family sold the farm home and moved to a house on Poplar Drive in Altona in 2001. He continued to work for Joe on the small market-garden acreage Joe ran on a different Kleinstadt farm—planting and weeding, then picking and packaging, meanwhile proceeding to fashion a colourful environment on the town property, both inside and outside the house.

Among his interests were Mennonite history and ancestry. He contributed to the Abram Braun/Anna Falk family history book, and also used his fluency in the German language to translate documents for the Altona and District Heritage Reaserch Centre.

After the girls had grown up, Ken began experiencing health issues, and he and Marianne settled into a condo in Katharina Court. His health continued to deteriorate, and in 2016, being in need of personal care, he moved to Eastview Place.

A private funeral will be held at the Altona Mennonite Church on Dec. 4. Interment will take place at Eigengrund Cemetery.

We the family would like to thank the staff at Eastview Place for providing compassionate care for Ken over the last few years, appreciating his vivid imagination and engaging him in singing and conversation. We are also grateful for everyone who has shown support during this time; your prayers and calls and messages are greatly appreciated.

To order memorial trees or send flowers to the family in memory of Kenneth Abram "Sam" Braun, please visit our flower store.