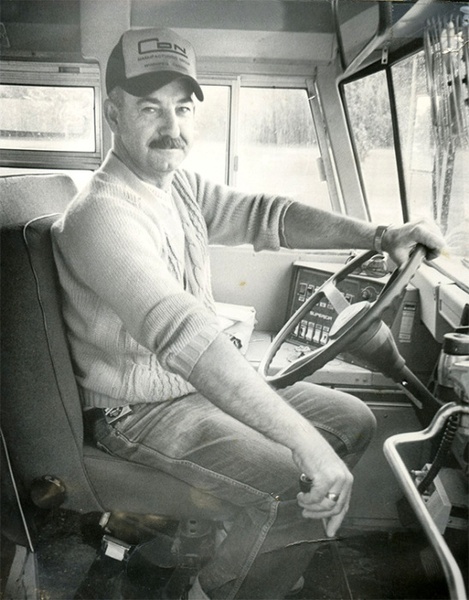 We regret to announce the passing of Ken Braun, age 86 years of Altona, MB, on Thursday, September 16, 2021 at the Altona Memorial Health Centre.

Dad was born and raised on the family farm in Neubergthal, MB.  He was a farmer and gardener at heart. He and mom lived on the farm until 1997 when the “flood of the century” made them decide that moving to Altona wasn’t such a bad idea.  Dad continued driving his famous school bus #22 for a few more years before retiring.  After mom passed away in 2017, dad moved into The Gardens, living there until his death.

Thank-you to everyone who helped us out over the years by keeping an eye on dad.  To all the “kids” that were picked up and dropped off with good old #22 over the years, he remembered all of you and he had a few stories…..  It seems some of you could be quite naughty!!  To the employees of the Co-Op stores, thanks for putting up with him pretty much every day and for helping him as you did this last while.  To Joel at the pharmacy, thanks for taking the time to help dad, he spoke very highly of you.  To the Altona Hospital, you were wonderful.  Thank you to everyone for making sure dad was cared for and comfortable.  To Jeff and Stephanie, words cannot express our gratitude for wat you and the kids did for mom and dad over the years.

A private family graveside service will be held.  We hope that everyone who knew dad will go out and have a cup of coffee and maybe tell a story in remembrance of him.

Donations in memory of Ken may be made to a charity of one’s choice.

To order memorial trees or send flowers to the family in memory of Ken Braun, please visit our flower store.