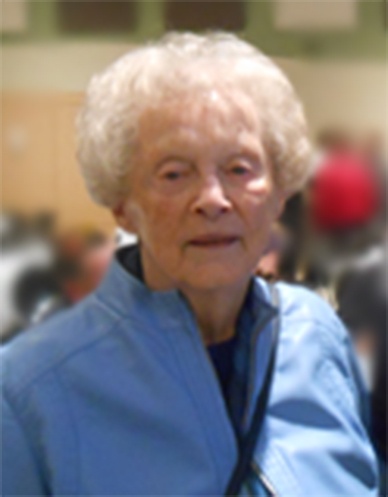 Mom was born in Plum Coulee, MB. She later moved with her family to Altona when she was seven years old. At the age of 27 she married William (Willie) Braun. They were married for six years, and had two sons (Merle and Gerald) before Willie passed away. In 1966 she married Dave Hildebrand with whom she had three children (Lorne, Rhona and Mona). They were married for 47 years, until Dave’s passing in 2013. She was baptized in the Altona Bergthaler Church where she remained a committed member until her death.

Kathleen had a kind-hearted, loving spirit that was evident to everyone in her presence. Whether you knew her well or were meeting her for the first time, she will have graced you with her love, gentleness, humility and class. Her first three loves were her family, God and music (not necessarily in that order). She loved to sing, and was well-known for her beautiful voice, singing at many weddings, recitals, concerts, personal care homes, churches, and over the kitchen sink! The home was also a huge priority for Kathleen. She always welcomed family and friends alike. She could host a gang of teenagers or a group of seniors with equal hospitality and kindness. She was beautiful, inside and out.

She was lovingly surrounded by her family throughout her last days. Funeral Service will be held on Monday, September 26 at 2:00 p.m. at the Altona Bergthaler Church with the burial to follow at the Gretna Cemetery. Reception will be held at the Altona Bergthaler Church. Memorial donations can be made to the Huntington Society of Canada, 151 Frederick Street, Suite 400, Kitchener, Ontario Canada N2H 2M2, www.huntingtonsociety.ca

To order memorial trees or send flowers to the family in memory of Kathleen Hildebrand, please visit our flower store.