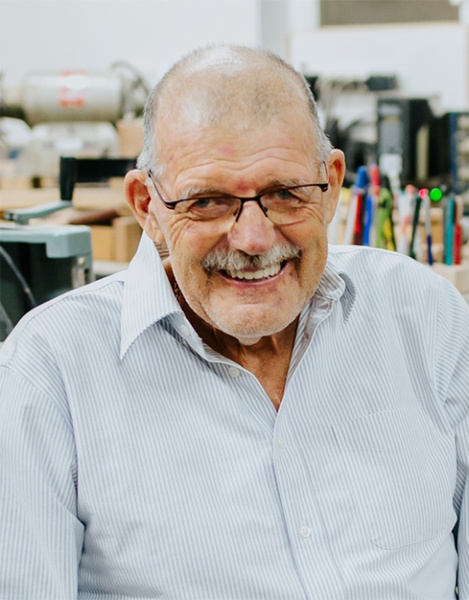 John Schroeder, of Altona, formerly of Blumenort, passed away peacefully at the Altona Hospital on Monday, November 6, 2017 with his wife Lorna by his side.

John was born on December 31, 1949 to Gerhard & Tina Schroeder.  He grew up in Blumenort and stayed there farming with his brother Jake.  He married Lorna on July 13, 1973 and they moved onto the family farm at that time.  They welcomed their son Jonathan in December of 1979 and enjoyed many years of camping, snowmobiling and working together on the yard. When Jonathan married Julie in 2001 they moved to their current home in Altona.  He would say that the years he spent farming held some of the best memories for him.  After his accident in 2003, he had to give up his life as he knew it and was forced into retirement.  He struggled with retirement life and longed for his days back on the farm. Adjusting to town life was a big step for him.

John had a passion for snowmobiling and motorcycling and was one of the founding members of Keytone Kat when it was established in 1975.

John started to enjoy woodworking and as he would put it “making sawdust.”  He also learned how to use the computer which amazed him, and even more so his family.  He also started to enjoy Sudoku puzzles.  He spent many hours going through these puzzles and refused to look at the answers at the back of the books because he said that was cheating (even when he thought that the publishers must have made a mistake.)

John cared deeply for his family and they were uppermost in his mind.  He cared for their safety and wellbeing.  It was his sincere prayer that they too, would welcome Jesus into their lives and he tried to model his life as someone who was compassionate and caring, just as God was to him.

His greatest health challenge came when he was diagnosed with pancreatic cancer on Oct. 18, 2017.  He went home from the hospital until he was readmitted on Nov. 2.  The time spent at home was precious and memorable for us as a family. He had always wanted to take the step of baptism, and it was during this time the God gave him the courage to do so. John was baptized upon the confession of his faith on Oct 24 2017, in a quiet service at his home with a few close family and friends.

He is survived by Lorna, his loving wife of 44 years. He leaves his son Jonathan and favorite daughter in law Julie and 3 grandchildren, Presley, Aliza and Tucker who will miss him dearly.

The family wishes to thank Dr. Bueddefeld and all the nursing staff at The Altona Health Centre for their loving care and compassion during Johns' last few days.  Also, a huge thank you to all who brought food, flowers, cards, came to visit and for all the prayers that have come our way.  We ask that you continue

Donations in memory of John may be made to Altona and District Palliative Care, or to the Rhineland and Area Food Bank.

To order memorial trees or send flowers to the family in memory of John Schroeder, please visit our flower store.
Send a Sympathy Card