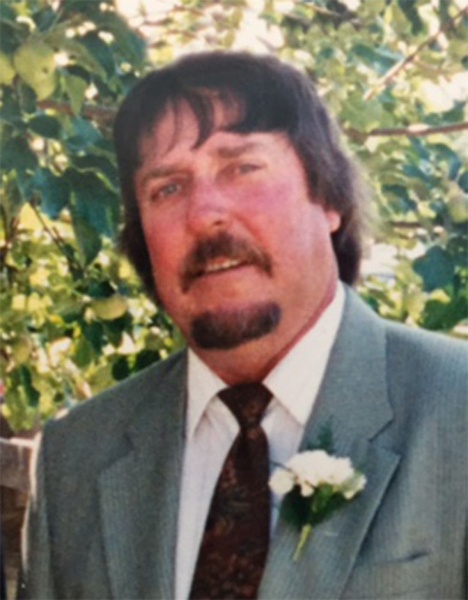 Our beloved husband, brother and friend, John David Nickel, passed away suddenly on December 31, 2016 at his home in Plum Coulee, MB at the age of 64. He is survived by his wife Lillian, sisters Amaryllis (Erv), Heather (Remo), Naomi (Harold) and Gloria (Peter), and his brothers Danny (Chris), Gladwyn, and James (Lorraine). He is also survived by his brothers-in-law Stan (Gigi), Wayne, Marvin (Arlene), and sister-in-law Christine (Antonio), along with many nieces and nephews.  He was predeceased by his parents, Edwin and Helen Nickel.
John grew up in Horndean, MB, the son of a farmer. Farming was in his blood and even with all its ups and downs, he enjoyed farming until his retirement in 2008. When retirement proved a bit boring, he joined JKW Construction. John took great pride in his work at JKW where he made lots of friends. He really enjoyed being part of a team.
John set his bait for Lillian early on and she fell hook, line and sinker for ‘Mr. Wonderful.’ They married on August 16, 1975. They both loved to travel and in the beginning years of their marriage they travelled extensively in Mexico, Guatemala and Belize. His love for motorcycles had resurfaced by this time, in particular Harley Davidsons, and John and Lil spent many happy times riding his Harley with their friends.
John and Lillian moved to their farm in the Kane/Roland area in 1983 where John enjoyed all the get-togethers with his gang in Roland. They moved to Plum Coulee in 2013 and he ended up quite enjoying living in town as opposed to the farm.
John loved nature, his dogs and cats, going off on fishing trips with his friends; he loved his garden and he liked reaping and sharing its bounty every year.
We didn't have a chance to say goodbye but John lived life on his own terms and left us the same way; while it is so painful for those of us left behind, it unfolded exactly as he would have chosen.
Lillian and the family want to thank all of their friends for their prayers and condolences, gifts of food, and the sharing of laughter and tears. Cremation has taken place.

Donations in memory of John Nickel may be made to the Salvation Army.

To order memorial trees or send flowers to the family in memory of John D. Nickel, please visit our flower store.