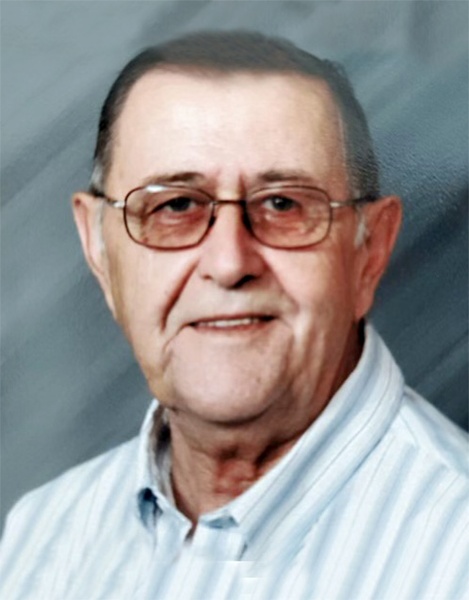 John was born November 10, 1941 to Peter and Margaretha Giesbrecht, West of Gretna, Manitoba. John went to school at Gruenthal school, North-West of Gretna.

At age 15, he finished school and worked for George Giesbrecht for the summer and fall.

When John turned 16, he went with his brother Martin to Ontario to work on pipeline construction. He worked in Ontario, Manitoba, Saskatchewan, Alberta, and British Columbia.

On March 25, 1965 John started working for Winnipeg Transit Corporation until January 10, 1998 when he retired. After that, John worked part-time delivering buses for New Flyer.

John was baptized on June 10, 1962 by Bishop John Friesen and welcomed as a member of the Sommerfeld Mennonite Church.

John and Aganetha moved to Transcona in June 1968 and lived on 14 Naskapi Cres. for 16 years. They bought a new house on 58 Ranchgrove Bay. In June of 2017 they sold their house in Winnipeg and moved to the Buffalo Apartments in Altona.

In lieu of flowers, donations can be made to the Juvenile Diabetes Research Foundation (JDRF).

A  private funeral service will be held with burial at the Reinland Mennonite Church Cemetery, Schanzenfeld.  Viewing will be held at Wiebe Funeral Home Altona on Sunday, August 15, 2021 from 5:00 - 9:00 p.m.

To order memorial trees or send flowers to the family in memory of John Giesbrecht, please visit our flower store.