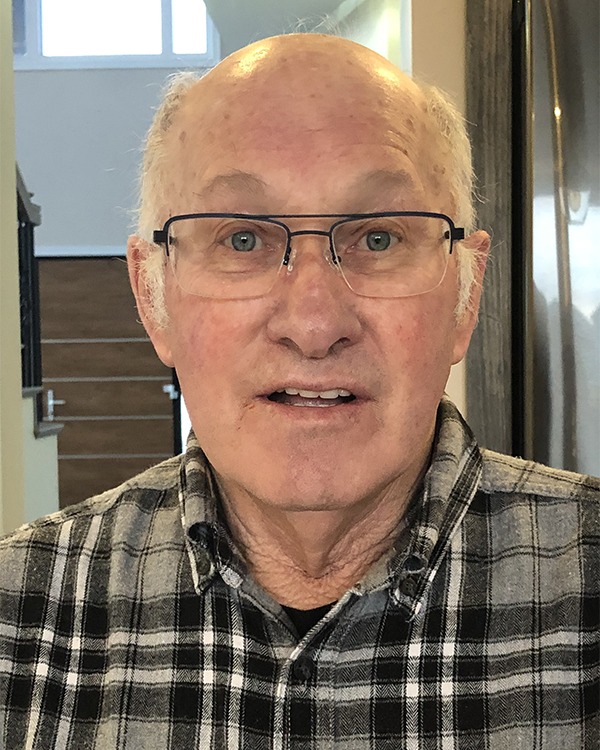 On Thursday January 5th 2023,  John A. Gerbrandt (Johnny) passed away at 79 years old at Eastview Place in Altona, MB

John was born April 19, 1943. He grew up in the RM of Montcalm from 1943 to 1967. In 1963 he was married to Elvina and the two moved to Sommerfeld in 1967 where they farmed and raised their children until moving to Altona in 2015 where he resided until his peaceful passing. In May 2022, John suffered a stroke that changed the trajectory of his life. He went to the hospital and unfortunately could never fully recover.

His entrepreneurial drive allowed him to start Pioneer Meat with his Brother in law Bernie. He was a passionate farmer with a knack for gardening, he was a school board trustee and a friendly busdriver throughout his senior years caring for the many students who stepped on his bus.

John could pick up many instruments and jam along with his siblings and kids. The louder the better. He was a lifelong Altona Maroon, enjoyed baseball and curling, he was a card shark as his kids would say, Camping and Traveling were favourites. His life motto was work hard and play hard. Laughing large was key. The thing that brought him the most joy was watching and spending time with his many children, grandchildren and great grandchildren.

Thank you to all of the doctors and caregivers, the many nurses and staff who cared for him, particularly these last 8 months.

A private funeral service will be held with burial at the Bergfeld Cemetery.  Viewing will be at Wiebe Funeral Home Altona on Saturday, January 7 from 1:00 – 9:00 p.m.

Donations in memory of John may be made to Operation Smile Canada.

To order memorial trees or send flowers to the family in memory of John A. Gerbrandt, please visit our flower store.