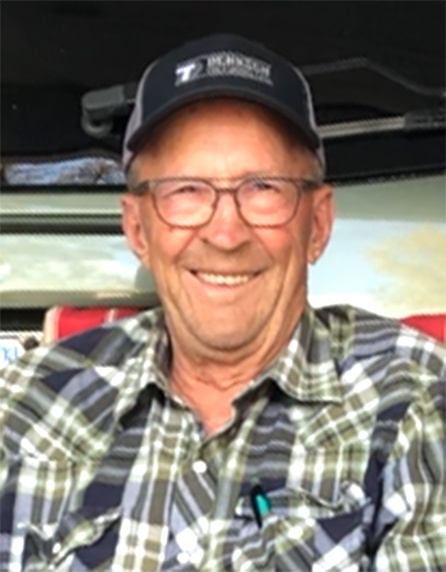 It’s so hard to sum up our dad’s life in a few minutes. Where do we begin?

If you asked him, he would say he was born at a very young age.

All who met him and knew him know he loved to tease people and joke around. More than that, he treated everyone with dignity and respect, especially those who didn’t believe they deserved it. He welcomed newcomers into the family with open arms. Everyone knew they were welcome and loved.

He took pride in everything he did and did it all meticulously. From how he farmed and raised his cows, pigs, chickens, ducks, doves, and turkeys in Mexico, how he tended to his flower gardens at home and at the school (he won the Communities in Bloom award in 2004), to how he raised his family.

How he tended his flower gardens was a picture of how he tended to his Faith: With incredible care and with his whole heart. He always said that he planted the seeds and plants and God did the rest.

His heart though, was for God, and his wife and family. He adored our mom, she was the light and love of his life and if you know our parents you know that they did everything together, they were best friends. He always enjoyed having the family together, whether we were working together at the school or taking a trip to Grand Forks or Mexico or simply gathering in their home. This brought him great joy.

He took it upon himself to always look out for his family. When his brothers were ill he made sure to visit as often as he could and spend time with them in hospital. His servant heart shone through in all he did.

Johan Doerksen: Born in Chi. Mexico on December 29th, 1943 to Abram and Maria and was part of a large family with 9 brothers and 3 sisters. Here he spent his teen and young adult years working on farms and for a while at a gas station/convenience store, to help support his family.

He met my mom and never looked back. They were married on August 5th,1965. They lived in Mexico, where their daughter Anna was born, until 1970. They then decided to move to Canada for the first time and moved to Abbotsford, BC to operate a dairy farm. This is where their daughter Eva was born.  Mom greatly missed her family and in 1973 they decided to move the family back to Mexico to continue farming. While living in Mexico for the second time their son Benjamin and daughters Martha and Bertha were born.

During this time in Mexico it was difficult to make ends meet. Seeking more opportunity to make a living and an easier future for the kids, they moved the family to Altona. In Altona, dad made the switch from farmer to custodian. He was employed at Elmwood school for the next 27 years and alongside mom, took great care of the school both inside and out and together they built a wonderful life and provided for their family.

He was predeceased by his daughter Eva, eight of his brothers and three of his sisters. He leaves behind his wife Katharina, his children: Anna (Pete), Benjamin, Martha (Stacy), Bertha (Matt). His grandchildren: Rebecca, Heidi, Alysa, Madelynn, Joshua, Colton, and Kristi. He also leaves behind his brother Henry.

He lived simply, humbly, and honourably.

Donations in memory of John may be made to CBM (Christian Blind Mission).

To view the graveside service click on the link below.

To order memorial trees or send flowers to the family in memory of Johan "John" Doerksen, please visit our flower store.