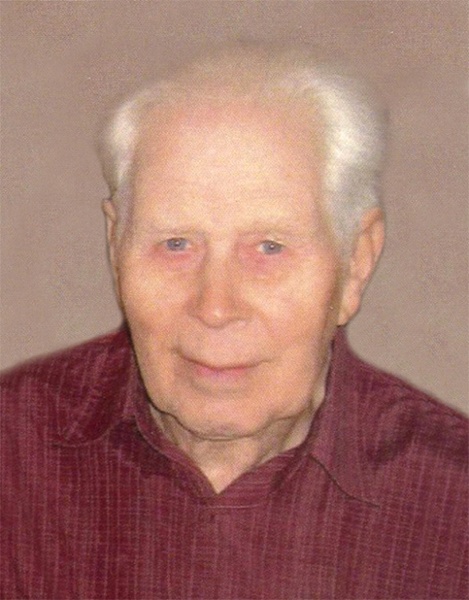 Jim Harms, beloved husband of Eva of Altona, MB, previously of Dominion City, went to his eternal home on October 11, 2018 at the Altona Memorial Health Centre, at the age of 83.

Jim was born on June 12, 1935 at Dominion City, to his parents Henry K. & Katherina Harms, and he was the youngest of 7 children.

He was baptized upon confession of his faith at the age of 22.  On October 20, 1957, on a beautiful fall day, Jim married his sweetheart Eva Peters of Winkler.  He built a house north of Dominion City, where they raised their family and farmed together.  In 2004 they moved to Altona, which meant many trips back to Dominion City as he continued to farm.

Through the years, Mom and Dad took pleasure in many trips, cruises and music festivals. A highlight for Dad was fishing trips with Mom and their friends.  Dad had many skills, one being that he could fix almost anything, including old engines and antique tractors.

Our Dad was a quiet man.  His emotions shone through when he reflected on God’s grace and on his desire to see all of his children and grand-children follow Jesus.  He had a strong dependence on God and a desire to serve Him in all areas of his life.

A memorial service was held on Tuesday, October 16, 2018 at 2:00 at the Altona EMMC.  In lieu of flowers, donations can be made to Back to the Bible Canada or the Roseau River Bible Camp.

To order memorial trees or send flowers to the family in memory of Jim Harms, please visit our flower store.