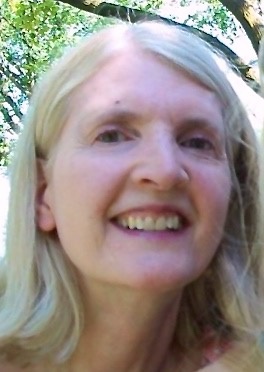 It is with love and sadness that we announce the passing of Janet Marlene Clark (nee Price), beloved wife of Andrew Scott Burgess of Calgary, on Friday, May 1, 2015 at the age of 63 years.

Janet was born in Winnipeg on October 25, 1951. She grew up in Emerson, MB, where her parents operated the local general store. Following high school, she attended Mayville State College in North Dakota. She also lived briefly in the State of New York, and in Zweibrücken, Germany, for a few years. Returning to Winnipeg in 1977, Janet worked at the University of Manitoba Dafoe Library. Also in that year, she met her husband, Drew, and together they moved to Calgary in 1979. Janet and Drew’s home bordered Fish Creek Park, where she enjoyed walking, watching for wildlife, and became an avid birder.

Janet worked at the Calgary Public Library for 34 years. Most of this time was spent at the Central Library, 5th Floor, with her last three years at the Saddletown Branch. During these years, Janet made many long-lasting and dear friendships. She enjoyed travelling with her sister and family on their many road trips, from coast to coast in Canada and throughout the United States. Janet also enjoyed many travels with her friend, Diane and daughter Janna, most notably to Austria and Germany in 2005. Closer to home, she loved the many weekend trips to Banff, where she shared her love of hiking through the Rockies with Drew.

Janet had a particular expertise for style and was often asked by friends for her fashion advice, or to design and decorate their homes. She was most happy when she was helping people. She also liked watching football, especially the CFL and the Stampeders, and professional golf.

A special thanks to Brittany George for her gentle care while Janet was at home and in hospice. Our sincere gratitude to the staff at the Southwood Care Centre Hospice for their compassionate care.

Memorial tributes may be made in Janet’s name to a charity of your choice.

When we die, we will turn into songs,

Thank you to McInnis & Holloway Funeral Homes in Calgary, and Wiebe Funeral Home Altona Ltd., for their professional and considerate care.

To order memorial trees or send flowers to the family in memory of Janet Marlene Clark, please visit our flower store.