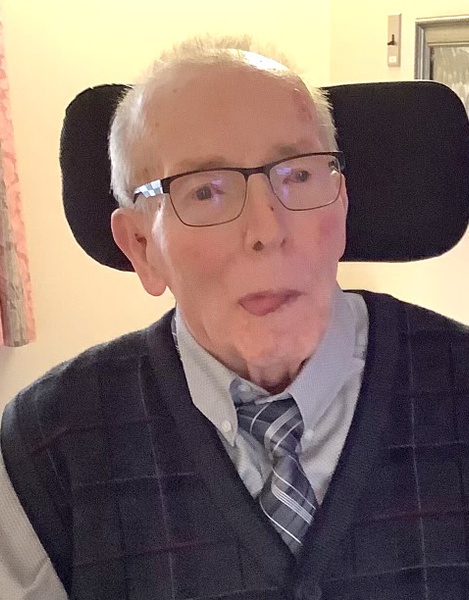 With family by his side, Jake G Dueck passed away peacefully at Eastview Place in Altona, Manitoba, on Wednesday, June 23rd, 2021 at the age of 85 years. He was predeceased by his parents, Gerhard & Elisabeth Dueck, his sisters, Maria, Sara (Peter) Zacharias, Mary (Harold) Jeffery, Kay Curry, and Eva (Ben) Kehler, his brothers, Gerhard, Peter, George (Myrtle), Henry (Olivia), Diedrich (BettyAnn), and John.

Jake grew up on a farm in Altbergthal, one of 13 siblings, two of which passed away at a very young age. He attended the country school in Altbergthal till grade eight and spoke often of playing baseball and hockey against other schools in the area. After completing grades 9 and 10 via correspondence, he attended the MCI for grade 11.

Jake married the love of his life, Helen Stoesz, on September 29, 1957. Jake & Helen enjoyed working, playing, and travelling together throughout their lives. Their support for each other’s life’s passions was evident.

At 20 years of age, he started working at D.W. Friesens & Sons Ltd. (now Friesens Corporation) and worked there for 37 ½ years. He enjoyed work and his contribution to Friesens during his employment was significant. Nearly half of his working life was spent in the position of production manager and general manager of printing operations. He furthered his education through many courses and also attained a Certified Production Management Executive Certificate from Queens University and Ryerson Polytechnical Institute of Toronto. Being a member of various printing and manufacturing organizations also added to his knowledge. He had numerous opportunities to travel the world researching and buying production equipment for the company.

Besides work, he was also active in the community in the following ways:

Jake was an avid sports fan and enjoyed watching baseball, hockey, and golf among others. He also enjoyed league curling and golf, even playing golf into his 80’s.

After Jake retired he and Helen enjoyed traveling and spending the winter in the southern United States. They owned a mobile home at the Pine to Palm trailer park in Texas for 10 years. Once driving that far south became too difficult, they enjoyed a number of bus tours together.

Jake was an energetic person who could often be heard whistling a tune. He took power naps at lunch time and was then once again ready to tackle the challenges before him. One would think that he was born into a family of engineers because he and many of his siblings were quite particular as to how things were to be done. That trait probably served him well during his time at Friesens.

Jake loved meeting people. He enjoyed the challenge of working together with them on the various committees and boards he sat on. He enjoyed making friends in all of the different countries he travelled to.

Faith in God was important to Jake. He was baptized in 1957 and was a lifelong member of the Bergthaler Mennonite Church of Altona being active and serving in a number of capacities.

In 2017, Jake was diagnosed with Lewy Body Dementia. His health declined steadily and in June of 2018 he was admitted to Eastview Place where he lived until his passing. Jake accepted his condition without complaining and, although he didn’t like it at times, accepted the care that the family chose for him. He enjoyed the programs presented by the various churches and groups that came to Eastview Place and also got to know some of the staff quite well. The family would like to thank the staff at Eastview Place for their care for Jake.

Jake’s family would like to thank family and friends for your prayers, gifts of food and flowers, and expressions of concern during this time. Also Pastor Mark for the visitations. Thank you to Trevor at Wiebe’s Funeral Home for your caring, kindness, and professional service during our time of need. The family would also like to thank Friesens Corporation for flying their flag at half-staff in acknowledgement of Jake’s contribution to the company.

In memory of Jake, donations can be made to the Canadian Foodgrains Bank or the Parkinson’s Society of Canada.

A private funeral service was held with burial at the Altona Cemetery.

To view the funeral service click the video link below.

To order memorial trees or send flowers to the family in memory of Jacob "Jake" G. Dueck, please visit our flower store.