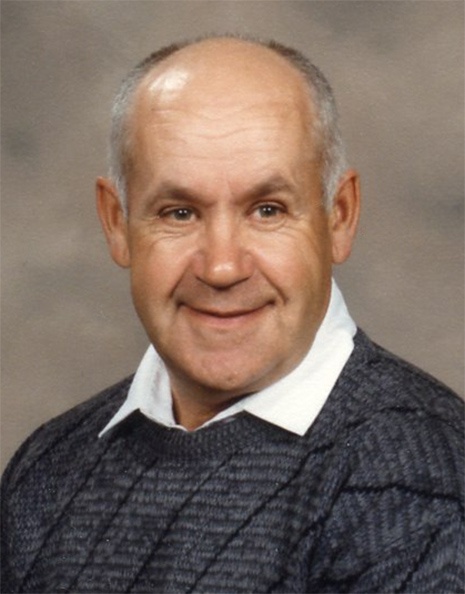 Jake (Nabob, Dad, Brother, and friend) was a man who loved his wife, his family and his friends.

Most of all he loved Jesus. His comment to someone who once asked him if he believed every word in the Bible was “without a doubt, I believe every word.” Faith was not complicated for him. What the Bible said was the truth. Mom wishes that everyone could have faith as strong and plain as it was for him. He was not a man without fault or sin. Right now, however, it’s hard to remember them.

It is younger years he was physically strong, worked endlessly and never seemed to tire. In fall of each year he took time to go deer hunting. He often referred to this as a time he connected with God.

Later on, health (or lack thereof) made him change career direction. Mom and dad ran a dairy farm for a number of years and when health wouldn’t allow this anymore, the dairy was sold and they went on their first major holiday - a trip to visit family in Paraguay. Upon return, he started looking for a job and was soon hired at Bunge (then called CanAmera). A fall at work ended that career and when he recovered, he became a bus driver for the Rhineland School Division.

He drove the school bus for the next 17 years until his retirement at age 65. He most enjoyed driving for the sports teams. This job gave him more time to call his own and he developed a love for fishing and golfing. Mom used to say that they should seriously consider building a retirement cabin at the Oakview Golf Course near Gretna. Instead, they moved off the farm in Sommerfeld to Altona. When his knees made stairs too difficult, they moved to the Buffalo Apartments.

Dad had two knee replacements, and never quite recovered from the second one. Golf was something he could no longer do, and walking became difficult so he kind of retired to his recliner where his passion for sports turned into a passion for prayer. He would sit in his chair, eyes closed and hands folded while his lips moved silently in prayer.

He was well aware that something was changing an openly talked about his concerns with his family. In 2019, just 10 days after his 85th birthday he was hospitalized and never came home again. His life of dementia seemed to just take a slide down like he was going down a hill. When he reached the bottom of that hill, life kind of levelled out…but his ability to walk and feed himself was gone.

On February 14, 2020, he moved into the Emerson Care Home where he remained until the end. The last year and a half, with Covid dictating our lives, we as a family could not often visit. But we were so blessed with a wonderful staff who took great care of him. Mom often heard the staff tell dad that they loved him, and they would tell mom that he was a joy to care for. He went from the loving arms of his family and caregivers into the loving arms of Jesus.

Dad was surrounded by his family when Jesus his Lord and Saviour called him home. He heard the call “come home, come home, its suppertime” on August 28 at 5:46 p.m.

Yes we will mourn, and we’ll cry, but despite or sadness and missing him, we’ll rejoice in knowing he is safe in the arms of Jesus.

A private funeral service was held, with burial at the Altona Cemetery.

Special thanks to the staff at Emerson Care Home, our church family, and to Jim and Barb Sawatzky for our spiritual care during this time.

To view the memorial service held at the Sommerfeld Mennonite Church click on the following link:  MEMORIAL SERVICE VIDEO

To order memorial trees or send flowers to the family in memory of Jacob S. (Nabob) Hildebrand, please visit our flower store.