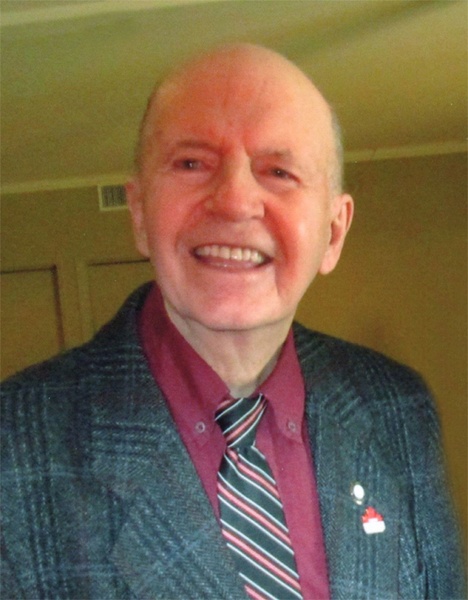 Jacob Heppner, age 82 years of Altona, formerly of Schoenthal, Manitoba passed away on Wednesday, November 9, 2016 at Eastview Place in Altona.

Dad was born on Feb. 2, 1934, to his parents Heinrich and Helena Heppner (nee Goertzen) at their farm 4 1/2 miles north of Horndean, in the Melba School District.  In 1947, they sold the farmyard, and moved to a farm by Amsterdam, southeast of Rosenfeld.  They farmed crops, and raised livestock.

Dad was baptized on May 25th, 1953 by Bishop Peter Friesen, and became a member of the Sommerfeld Mennonite Church.

Dad and mom bought a farmyard in Schoenthal, where they lived for  42 years.  Dad and mom made a good team, working side by side on the farm.

The first years, dad worked for his father-in-law part time and part time in the Co-op Store in Altona.  He also grew sugar beets for 30 years, starting in the spring of 1955 til 1985.

They were blessed with 7 children, who all enjoyed living and working on the farm.

They built a few barns and had a hatching egg supply flock for 33 years, about 2400 pullets per year during the latter years.  They had a lot of help from their children.

Dad was asked to be a song leader in the Altona Sommerfeld Church in the fall of 1966, which he accepted, and which he enjoyed immensely for 47 years, until Alzheimers forced him to step down from this position.

In the fall of 1986, dad was asked to run for Councilor for Ward 5 in the RM of Rhineland, which he did and became councilor in November of that year.  He thought the RM had the best employees, and got along great with them.  Dad served in his fourth term, when in May, 1996, he resigned due to health reasons.

Dad and mom farmed for 40 years, then 2 years later decided to retire to Altona.  They planned and had their house built in 1997. Dad even drew the blueprints for the new house.  Dad was happy to see the land farmed by Tim and Cindy, while they enjoyed their retirement.  Dad helped Tim on the farm up until 6 years ago, with the harvest and field work. They stayed busy singing in a few choirs, volunteering at the MCC, and bowling in the Winter.

On Sept. 8, 2014, dad was admitted to the Altona Hospital, to wait for a bed at Eastview Place.  In August of 2015, he finally was able to move into Eastview Place.

On Wednesday, November 9th, in the early morning hours, dad went to be with his Lord and Saviour.

Dad is survived by his wife Anne, and his children,

and John and Rashell Heppner (children - Abigail and Caleb)

He was predeceased by his infant daughter Darlene, who was Marlene's twin.

He is also survived by 1 sister and 3 brothers, Helen, Henry (wife Mary) , Erdman (wife Diane), and Abe (wife Ann), and brothers in law John Klassen and Ed Stoesz, and numerous nieces and nephews.

He was also predeceased by his parents, and 2 brothers, Anton and George, and 3 sisters, Mary, Justina, and Katherine.

Donations in memory of Jacob G. Heppner may be made to the Alzheimer Society of Manitoba.

To order memorial trees or send flowers to the family in memory of Jacob G. Heppner, please visit our flower store.