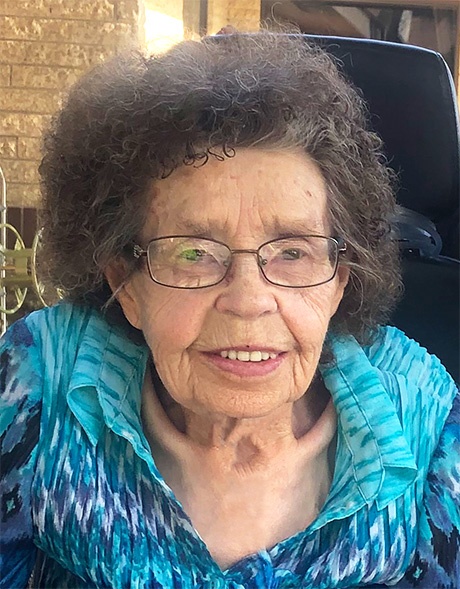 It is with great love and peace that we announce the passing of our dear mother, sister, grandmother and great grandmother Helen Penner.  She passed away peacefully in the afternoon on Thursday, August 27 at the Grunthal Menno Home.

Left to cherish her memories are her loving and devoted husband Ed of 60 years of marriage, her children Walter (Cecile), Art (Margaret), Hilda (Clarence), Sheila (Steve), Ian (Alice) and Debbie (Scott), daughter-in-law Pat, and their children.

Helen was born August 5, 1936 in Grunthal, MB.  At the age of 21, she was baptized upon the confession of her faith in the Chortizer Mennonite Church in Grunthal.  Following that, she met a strapping young man in the early months of 1959, and married him shortly afterwards on November 1, 1959 at the Reinland Mennonite Church of Altona where they began their lives together.

She devoted her life to raising their 8 beautiful children along with running their family’s dairy farm in Tolstoi.  She enjoyed spending many hours in their large gardens picking vegetables and fruit from their countless fruit trees.  Many of her children were asked to take up a musical instrument when young which resulted in many Sunday afternoons spent listening and singing along as a family which was one of her many highlights in life.

Helen always had a strong relationship with her Heavenly Father and her biggest hope would be that each of her children would have what she had; the strong faith and knowledge that God was there and loved each and every one of them.  Helen passed knowing that her Father was waiting for her with open arms.

The family would like to thank the Grunthal Menno Home staff for the great care she received during her stay there.

Donations can be made to a charity of one’s choice.

Due to Covid restrictions a private funeral service was held on Sunday, August 30, 2020 at 2:00 p.m. at the Altona Sommerfeld Mennonite Church with burial at the Stuartburn Church Cemetery.

To order memorial trees or send flowers to the family in memory of Helen Penner, please visit our flower store.