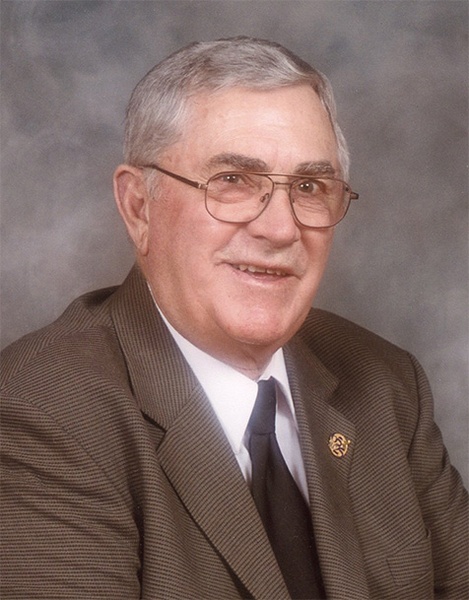 It is with great sadness we announce the passing of Gordon Wallace Breckon on Saturday, July 28, 2018.

Gordie was born on June 30, 1934 in the parlour of his parent’s home and lived there for 67 years. He is survived by his loving wife and sweetheart of almost 57 years, Diana-May Breckon (nee Empson), and his three children Patrick (Sherry), Shawn (Brenda) and Heather Graham (Barry). Also survived by 7 grandchildren, Tansy, Jazmine Mullen (Matthew), Dalton, Shelby and friend Dylan, Oscar, Auston and Alexis, and two great grandchildren Paige and Nathan Mullen. Also survived by one sister Marguerite Empson in California and many nieces and nephews and their families. Gordie was predeceased by one sister, Norma (Bill) Bell, and three brothers Blair (Mary) Breckon, Delbert (Shirley) Breckon and brother Jimmy as well as his parents Jim and Margaret Breckon.

Gordie took all his schooling at the Marais school. He was a long time 4H member, a lifelong member of the Marais Hall board, the last president of the Emerson Agricultural Society, ploughed in many of the Marais Ploughing matches from a very young age until the last one held in 1961, winning a fair share of trophies. He was a lifetime-chartered member of the Elks.

His first love was baseball and he was very proud of his baseball career playing third base (the hot spot) for the Marias Mallards and then the States Dominion League until he was 27. Sometimes when he played baseball his Dad would shut down all the farming, so they could all go cheer him on. He loved most sports and was a true Canadian fan whether it was for his Blue Jays, Winnipeg Jets or Blue Bombers.

Gordie made a career out of farming. He loved farming with his Dad and brother Del and had planned to spend his whole life there. But a heart attack in 1985 changed his plan, he rented out his land and became the Great Gildersleeve for the Marais Halbstadt Water Co-Op until 2000 when he retired.  He also worked for his good friends Barry Smith and then Jack Irvine enjoying helping them farm.

He and Diana sold the farm in 2001 and enjoyed town life, going for coffee, playing cards, and tending his beautiful garden. In 2012,  they downsized to an apartment in Oakview Manor and enjoyed relaxing on the balcony, going for scooter and bike rides right up until the very end.

He was a friend to many and will be greatly missed.

Celebration of life will be held on Thursday, August 2, 2018 at 2:00 p.m. at the Emerson Complex, Emerson, Manitoba.  A private family ash interment will follow at the Emerson Cemetery.

Donations in memory of Gordie may be made to Emerson Minor Sports, or to CancerCare Manitoba.

To order memorial trees or send flowers to the family in memory of Gordon W. Breckon, please visit our flower store.