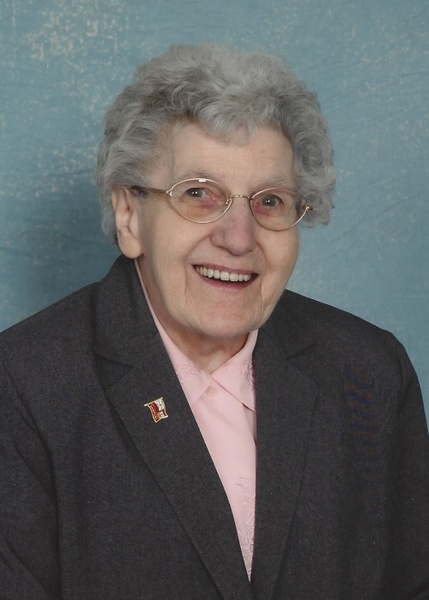 Gladys Kroeker, age 87 years of Altona, formerly of Winnipeg and Edenburg, Manitoba passed away on Sunday, June 3, 2018 at Eastview Place.

Gladys was born on January 9, 1931 in the Edenburg district, near Gretna, MB to Peter W. and Maria (Wiebe) Rempel.  She was the youngest child of 8 siblings, and had 3 brothers and 4 sisters.  She was predeceased by sisters Hilda, Elma, and Olga, as well as by her three brothers George, Arthur, and Herman.  She is survived by her sister Tina Draward, 2 sisters-in-law, and by numerous nieces and nephews.

She married Fred Kroeker on November 27, 1976 and shared 18 years of marriage before he passed away in August of 1995.

Funeral service will be held on Monday, June 11, 2018 at 11:00 a.m. at the Altona Senior Centre.  Interment will follow at Glen Eden Memorial Gardens, Winnipeg.  Viewing will be at the Senior Centre prior to the service.

Donations in memory of Gladys may be made to Eastview Place.

To order memorial trees or send flowers to the family in memory of Gladys Kroeker, please visit our flower store.