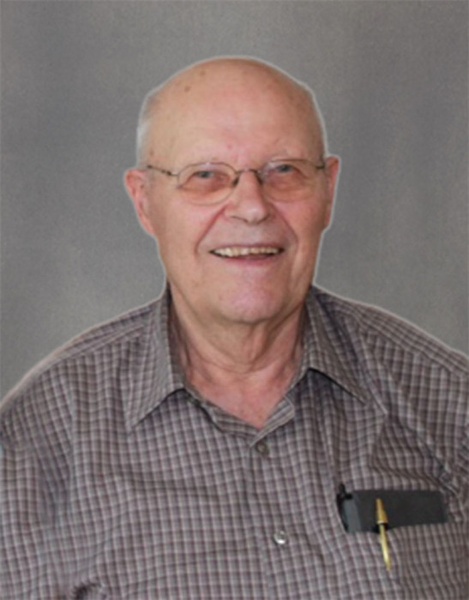 On Friday, August 26, 2016, our beloved Father, Grandfather and Great Grandfather passed away peacefully with family at his side at the Emerson Care Home at the age of 94.

Gerhard was born November 14, 1921 in the Friedensthal District. He was predeceased by his parents Rudolf and Justyna, brothers Reinhold and William, sisters Johana, Elsie and Elmina, and his wife of 66 years, Lillian, in 2011.

Gerhard originally farmed with his brother Bill and in 1941 bought his own land in the Marais District and later farmed east of the Red River until 1965. In 1966 he joined the Manitoba Department of Highways as a Traffic Inspector and worked in this position until his retirement in 1983.

He traveled far and wide with the love of his life, Lillian. Together they visited many destinations in Canada, the United States as well as Alaska, Hawaii, Portugal, Spain, Gibraltar, Switzerland, Yugoslavia, Austria, Germany, France and the British Isles. They also spent 13 winters in Texas and Arizona.

Gerhard was active in the community and served 17 years as a volunteer with the Emerson Fire Department, including 5 years as Fire Chief. He was also a life member of the Emerson Elks Lodge #479. In addition he belonged to the Emmanuel Lutheran Church where he also acted on various committees and sang in the choir for 70 years.

He was an avid golfer and curler. He had a keen interest in family ancestry and organized a family reunion in 1991 which was attended by over 100 people. He also tinkered in woodworking and built a number of cherished grandmother clocks as well spent many hours restoring a 1929 Packard.

Thank you to the Emerson Care Home for their compassion and quality care during Dad’s final days.

“If love could have saved you, you would have lived forever.”

Funeral services will be conducted Saturday, September 3, 2016 at 2:00 PM at the Emmanuel Lutheran Church in Emerson (15 2nd Street).  Cremation has taken place.

To order memorial trees or send flowers to the family in memory of Gerhard Rudolf Schultz, please visit our flower store.