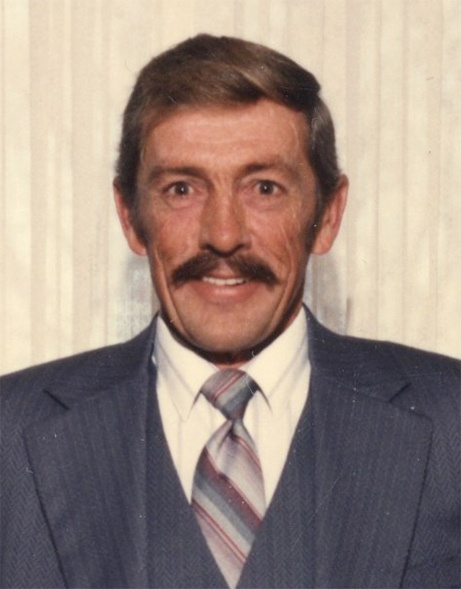 Altona formerly of Chortitz and Calgary

It is with great sadness that we share the passing of George Braun: a father, husband, uncle, brother and friend.  George was born on October 5, 1945 in the Winkler Bethal Hospital to Gerhard & Maria Braun of Osterwick.

George leaves to mourn his daughter, Jennifer of Chestermere AB,  Jennifer’s mom Linda of Altona, brothers John (and Irene) Braun of Winnipeg and Peter ( and Susan Braun) of Winnipeg,  sister-in-law Betty-Anne Braun of Salem home, Winkler, 5 nieces and 1 nephew and their families.  George was predeceased by his parents Gerhard & Maria Braun (nee Martens), and brother Cornie Braun of Winkler.

The family moved from Osterwick to Chortiz in 1953.  George often spoke of the years going to school in Chortiz and clearly playing baseball, was his favourite subject.  On June 1, 1969 he was baptized upon confession of his faith into the Sommerfeld Mennonite Church in Winkler.  George & Linda met n 1970 and were married on August 19, 1972.  On November 7, 1978, their only child, Jennifer was born.  At this time, they were already living on the Friesen farm in Weidenfeld.  George was an extremely proud father and would have climbed mountains for his little girl.

New home construction took George & his family to Calgary, Alberta on July 6th, 1980.  George would later begin to make basements for new homes: for other companies and then his own.  Prior to retirement, George worked as a courier out of the Calgary Airport, delivering delayed luggage far and wide.

George did not have a lot of hobbies.  Going fishing was his favourite, in Manitoba he took his fishing boat to Rock Lake and in Alberta, to Pine Lake & Lake Minnewanka amongst others.  In summer he also golfed, and in Fall & Winter, there was NHL hockey on TV.

George was diagnosed with COPD and emphysema a number of years back.  He was able to quit smoking about 20 years ago or more but the damage was done.  His health deteriorated and he required 24 hour oxygen.  In October, 2020, George was hospitalized following a fall and he was treated for pneumonia.  It was then that his Dr. filled out paneling papers and his first choice was Salem Home, in Winkler. The process to Salem Home was a lengthy one where Linda looked after him for a few months and he was then hospitalized until his move to Eastview Place in Altona on May 11th of this year.  He was losing tremendous amount of weight.  Tests had shown multiple masses on his body and he had dementia, as well.  George passed away at 4:30am on June 23rd, 2022.

Memorial service will be held on Wednesday, June 29, 2022 at 11:00 a.m. at Wiebe Funeral Home, Winkler with ash interment to follow at Westridge Memorial Gardens.
Donations in memory of George may be made to assist the family with expenses.
To order memorial trees or send flowers to the family in memory of George Braun, please visit our flower store.