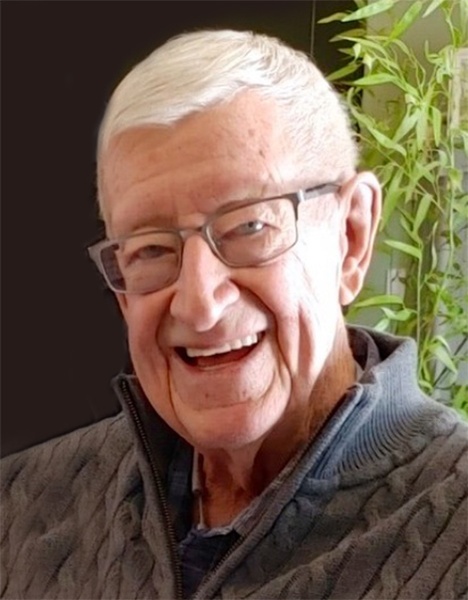 It is with deep sadness, that we announce that on Saturday, August 6, 2022, Garry Bluhm passed away peacefully at the Health Sciences Centre in Winnipeg, Manitoba.  With him were close family members as well as the attending team of professionals from the Health Sciences Centre who provided him with such quality care during the final days of his life.  Garry also received an abundance of support from relatives, friends and neighbours during his final years for which he was deeply grateful.  Garry was admired and respected by those who knew him.  He was a person with character who assisted many to achieve their potential.  He will be greatly missed.

Garry was born and raised in Morden, Manitoba. He was devoted to his parents and his five siblings.  Garry could always be counted on when someone in the family needed his help.  In school, he was a good student and athlete with a rambunctious nature. He attracted close, personal friends some of which he kept in continuous contact for all of his life.

Following school, he joined the Bank of Montreal proving to be an excellent employee and receiving enviable job opportunities.  An interest to be more independent lead him into business with his own company, Power Vac Manitoba.  Through this, he met his future wife Bonnie Somerville.  They married in 1972 and called Winnipeg home.  He appreciated the new family that Bonnie brought with her into his life, as they did him.  Garry’s business continued to be a success and it grew in scope.  He eventually sold the ongoing operation and retired in 1999.

Following retirement, Garry became consumed with other passions. Their island in the Lake of the Woods, and then, their residence in Port Charlotte, Florida were key sources of pleasure for him.  He hosted friends and family at either location according to the season.  He could be absolutely depended on to provide visitors with memorable stays.

Garry loved to entertain.  His family, friends, and business associates, all remember happy occasions filled with food, drink and conversations.  His barbeques were legendary.  Garry organized these events, ably assisted by Bonnie, in a seemingly effortless manner and his guests always appreciated the convivial atmosphere and the quality conversations lasting late into the night.

Garry loved the fellowship of people.  He thrived attending the many events held with friends and family.  In turn, people appreciated his warm hospitality and his generous welcome. His loss will be felt by all who knew him.

Friends and family are warmly invited to come to a Celebration of  Garry's life.  This will be held at the Holiday Inn Winnipeg Airport West located at 2520 Portage Avenue.  The event will be held from 2:00 until 5:00 on Sunday, October 2, 2022.  You are invited to share memories of Garry being Garry: a beloved family member; a dear friend; a respected colleague; a great host; a person who helped others; a person who loved to fish; or any of the many other things in which he was so appreciated.  Come and join the conversations.

Donations can be made in his memory to the Health Sciences Centre Foundation.

To order memorial trees or send flowers to the family in memory of Garry Bluhm, please visit our flower store.