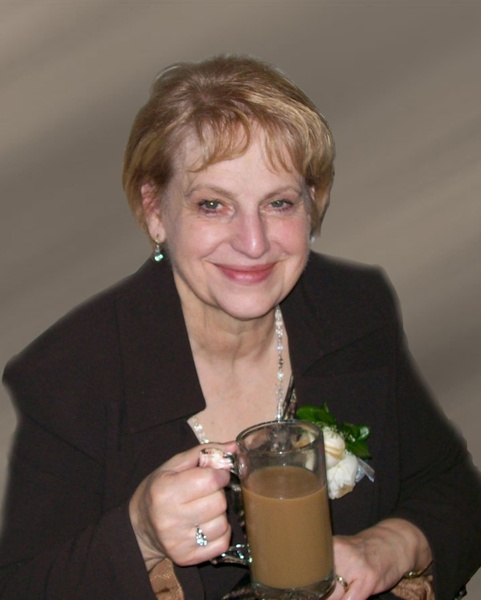 Dorothy Marylyn Knutt (Bessler), age 76 of Emerson, MB, passed away peacefully on Monday, November 10, 2014, at St. Boniface Hospital, with her children by her side. Her memory is cherished by her children Tony (Terry) of Gretna, MB; Rick of Emerson, MB; Wendy (John) of Watford, ON; Sharon (Glen) of Winnipeg, MB; and Melanie (Kevin) of Wyoming, ON; 14 grandchildren; one sister Gladys of Calgary, AB as well as her cousins and nieces.

Dorothy was born in Hamilton, ON to Elsie Gregory (Bessler), was adopted by her grandparents Emil and Paulina Bessler and grew up in Emerson, MB. She attended Emerson School and then moved to Winnipeg, MB where she attended St. John’s High School.  She worked at a drugstore and for the Canadian Revenue Agency all while caring for children where she boarded. She continued to visit her grandparents in Emerson, MB where she met her life love, Herb Knutt through her friend, and then sister-in-law, Dorothy Pow (Knutt).

On November 7, 1959, Dorothy and Herb were married and Dorothy left her city life and moved to the country on the home farm. Motherhood came next as she welcomed her children: Tony (1960), Rick (1963), Darren (1965), Wendy (1967), Sharon (1970), Brenda (1971) and Melanie (1976). Her unconditional love of her family was evident by her constant care and devotion.  Being a mother and wife were the most important things to her. Her faith in God helped to sustain her through difficult times and made her such a loving and strong woman.

Mom’s passions were cooking, baking, canning, knitting, gardening and helping out on the farm by bringing food and vehicles to Dad. She enjoyed listening to music, watching ministry shows, scribbling down recipes and grocery lists. She loved her coffee time with consecutive “30 second warm-ups.”

Dorothy volunteered her time to the Emmanuel Lutheran Church through typing, cleaning, and helping with luncheons.  She loved visiting friends and family and enjoyed travelling within Canada, the U.S.A., and even Ireland.  One of her favourite trips was going to amusement parks with her children and grandchildren.

Mom missed Dad so much and a piece of her heart died with him.  Three years to the date of Dad’s passing (Nov. 3), she experienced a severe heart and stroke event which slipped her into a coma. We had the privilege to be with her as she peacefully left her earthly home for heaven to join her loved ones.

The family would like to thank the Emerson EMS attendants, STAR Ambulance Service, and the staff at St. Boniface Hospital. A special thank you is given to Terry Wiebe of Wiebe Funeral home, Lutheran Church Ladies for the luncheon, and Pastor Rick Rockwood. We greatly appreciate the prayers, love and support during this difficult time.

Romans 8:28 “All things work together for good, for those who love God.” – Mom would say each ingredient on its own might not make sense, but when everything all comes together, like a recipe, it all makes sense.

To order memorial trees or send flowers to the family in memory of Dorothy Marylyn Knutt, please visit our flower store.