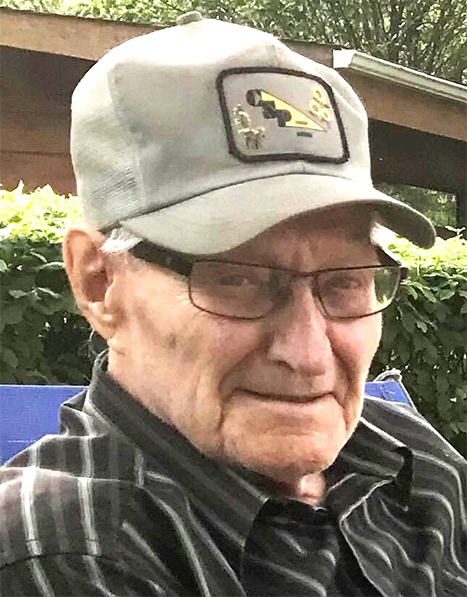 Dad married Mom on July 11, 1948 at the home of Jacob A. Kehler. They began their life together on a farm in Rudnerweide. As time went on, they were blessed with 6 children, 4 boys and 2 girls. Dad was a devoted husband and father and instilled in his children the importance of having a personal relationship with Christ. He lived this out in his daily life. Dad had many side jobs while growing their farm including serving on the Rudnerweide school board for several years.

In 1993, when Mom became ill, Dad retired from farming and began working for Siemens Farms in Rosetown. When Mom was in the hospital, he made it a point to bring her flowers regularly because he knew how much she loved them. After Mom passed in 1995, Dad remained employed at Siemens Farms. He would often speak of how many hours he worked in a day. It was a joy for him, and he always made it a point to praise God for his health and ability to keep farming throughout the years. He was grateful to Siemens Farms for allowing him the opportunity.

Dad spent 10 more years living on the family farmyard, eventually moving to Altona in 2005. Dad enjoyed his home in town across from the fire station as he appreciated seeing the activity going on outside. It was a pleasure for him to be in town where many friends and family would stop by for a visit. After retirement from Siemens Farms dad could often be found in the coffee shops enjoying the company of many generations of friends.

Dad had a special place in his heart for each of his children, grandchildren, and great grandchildren. He would spend many hours at the ball diamonds or hockey rinks cheering on his grandchildren through baseball and hockey seasons. He was generous with his time and enjoyed blessing his family with treats such as Kit Kat bars and ice cream. During strawberry season it was always exciting to see him pull up to our houses because we knew he would be dropping off freshly picked strawberries. Dad was a constant source of support and unconditional love for his family. His grandchildren knew that his door was always open, and he was always ready for a visit. He taught many of his grandchildren how to play games such as UNO and Knock, and we all spent many hours visiting around the table with a deck of cards.

Dad loved to reminisce, and a favourite activity to do with his grandchildren was to pull out the old photo albums and tell them stories of days gone by. He had a unique perspective, and in his later years he would often talk about how looking back, he could see God’s hand guiding and protecting him throughout his whole life.

Dad had a strong faith and spent much of his time in prayer and reading the Good Book. When sleepless nights would come, he would take them as an opportunity to spend time with his Lord, reading scripture and praying through the night. He would remind his family frequently that we were all in his prayers and could often be heard saying “I can’t remember all their names, but God knows who I mean.” Dad’s greatest concern was the salvation of his family, and the countless prayers for his family will be greatly missed.

Dad found joy and fulfillment in playing his harmonica for himself and others. In recent years his great grandchildren would listen as he played “Jesus Loves Me” for them. He blessed many people with his musical abilities, and was always quick to mention that it was God who gave him the air in his lungs to play. Dad had a positive outlook on life, and he brought smiles to many faces. He was always quick to make a joke, and although some periods of life were harder than others, he made it a point to find contentment in every circumstance. Although his smile and his laugh are gone from this earth, the Godly impact he made on those around him will remain.

We, the family of Diedrich Friesen would like to extend our thanks to the Gardens on Tenth staff, Homecare, Altona Memorial Health Centre, Dr. Winning, Trevor at Wiebe’s Funeral Home, and to all of the people who have treated our dad with kindness and compassion over the years. We are incredibly grateful to all of you!

A private funeral service was held with burial at the Altona Cemetery.

In lieu of flowers, donations in memory of Diedrich may be made to Blue Sky Opportunities.

To view the slide show please click the video link below.

To order memorial trees or send flowers to the family in memory of Diedrich Friesen, please visit our flower store.