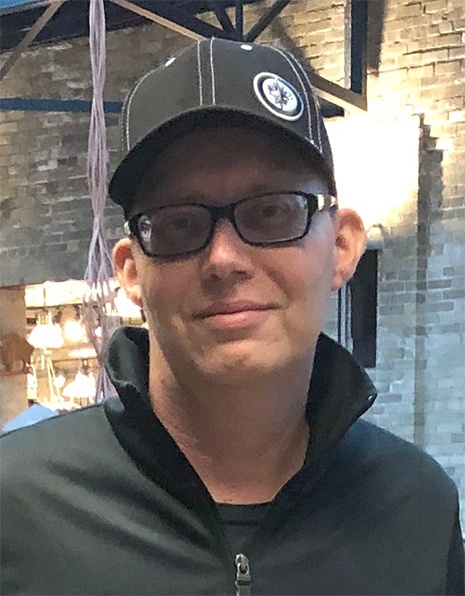 Memorial Service at a later date

Darren Lyle Henry Heppner was born to Henry and Marianne Heppner at the Victoria General hospital in the early afternoon of October 29, 1980, arriving a full 6 weeks early.

Darren had a warrior spirit and it showed up in his premature birth and it continued through his childhood. Darren battled and recovered from kidney failure at the age of 7.  He never let his health challenges define him and he continued to have a wonderfully full and loving childhood.

From the outset, Darren was a happy and gentle soul. He loved the company of others and had an interest in making and keeping friendships. Much of his childhood was spent in the company of his cousins and he enjoyed family road trips, camping, and playing with friends in the neighbourhood.

Darren had a love of the simple things. His hobbies and interests involved a love of automotives and mechanics.  He enjoyed fixing up and maintaining his various cars. He loved a random road trip and everyday adventures.

Darren pursued his interests through post secondary and his continued his life long learning through apprenticeship programs at various jobs.  Darren was a hard worker and loved being able to provide for his family. He believed in a hard days work and it was one of the things he spoke about missing when he fell ill.

Darren had many roles in his life: son, father, brother, brother-in-law, uncle, and fiancée.  His favourite role was being a father. Darren greatest blessing and his greatest adventure was fatherhood. Darren was blessed with two wonderfully happy and healthy children, Matteo and Sofia.  Darren put all of his energy and effort into ensuring their love and safety.  He spent many hours on his hands and knees playing with the kids and sharing his childhood toys and favourite activities.

In February of 2020 Darren was diagnosed with advanced stage 4 colorectal cancer. The diagnosis was unexpected and the prognosis was bleak.  Darren’s warrior spirit showed up in his hope, optimism and his physical and mental strength. He received various treatments and was able to enjoy his last summer in the company of his fiancée Jean, friends, and loving family.

Darren received kind, knowledgeable and empathetic care from the staff at Boundary Trails Health Centre, the Altona Hospital, the wonderful Altona homecare staff, and the many talented and kind staff at CancerCare Manitoba.

Darren passed away in peace in the early morning of December 4, 2020 at the Boundary Trails Health Centre.  Darren was loved and is remembered by his family (Henry, Marianne, Robin, Mitchell, Ryan), his children (Matteo and Sofia), his fiancée (Jean) and his many friends and extended family. He is remembered for his loyalty, kindness, love, and strength.

A memorial service will be planed for a later date.  Memorial donations may be made to Boundary Trails Health Centre Cancer Care.

To order memorial trees or send flowers to the family in memory of Darren Heppner, please visit our flower store.

Memorial Service at a later date