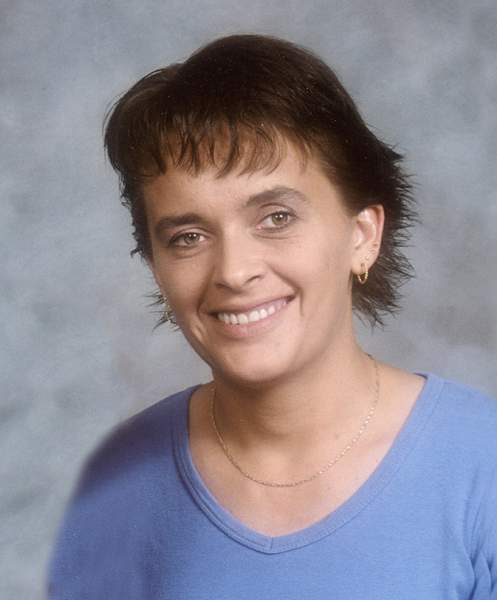 Colleen Thiessen, age 44 years of Gretna, Manitoba, passed away on Wednesday, February 11, 2015 at the Altona Hospital.

She is survived by her mother Tena Thiessen, her son Corey, granddaughter Cierra, one sister, one brother, and numerous extended family members.

She was predeceased by her father John Thiessen.

The memorial service for Colleen Thiessen will be held on Monday, February 16, 2015 at 2:00 p.m. at the Blumenort Mennonite Church in Rosetown, Manitoba.  A private family burial will take place prior to the service.  Viewing will be held at Wiebe Funeral Home Altona on Sunday, February 15, 2015 from 9:00 am to 9:00 pm.

Memorial donations in memory of Colleen may be made to Altona and District Palliative Care.

To order memorial trees or send flowers to the family in memory of Colleen Marie Thiessen, please visit our flower store.