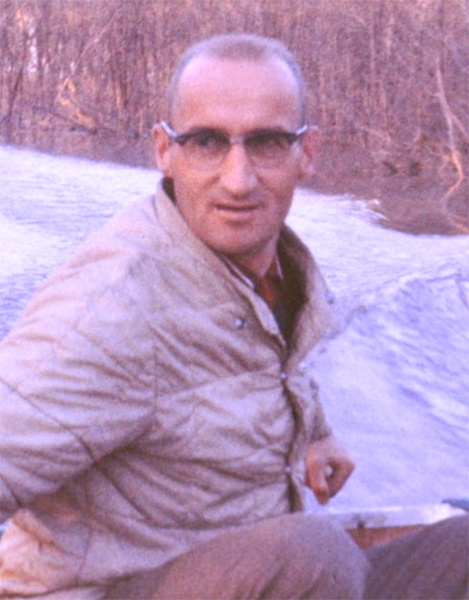 Claude was born on March 3rd, 1932 and passed away on July 4, 2022. He was raised and attended school at St. Jean Baptiste MB. Claude had never been married. He had worked for two years for the Dept. of Indian Affairs during the 1960’s, worked for the Manitoba Dept. of Health, travelled across the whole province and taught at a school for approximately five years, from 1959 until his early retirement in 1988.

Claude enjoyed sports and said in a family tree documented book: “I was always very active in sports and had the pleasure of being on some Winnipeg teams for both Baseball and Hockey. We won provincial titles in the 1950’s. My agility and speed allowed me to outrun every bunt or throw from the field. From the 1960’s and on, golf became a big passion and part of my life, I was self-taught, with that being considered I was still very good at my swings and only got better as time went on. I eventually got good enough to win some competitions.” Claude said that some of his greatest accomplishments came to him in 1981 when he had won a triple crown: The French Canadian Open, The Knights of Columbus States open, and the most coveted, The Internationals held in Morden and Winkler, Cavalier and Walhalla. In 1987 and 1991, he had the pleasure of being on a three man team winning the Provincial Senior Interclub Championships. Years have slowly started catching up to him and while he tried to perfect his golf swing, he didn't neglect other sports such as: Cross-country skiing, curling, hiking and hunting.

Throughout Claude’s life there was one thing he always cherished, his family. He had always made sure to keep in contact with his brothers George (deceased), Louis and his sister Rose Marie. Claude spent lots of time with his nephews Ray, Dan and Marc, and was fortunate enough to see his great nephew Luc and great niece’s Alex, Samara and Leah.

In his last few hours prior to his departure from our planet Claude shared laughs and jokes with his Nephew Ray. He left with no regrets and leaves the people he touched behind with many memories filled with joy.

A private gathering in honor of Claude will be held at later date where he will be laid to rest in the family plot in St. Jean Baptiste.

“Golf is the closest game to the game we call life. You get bad breaks from good shots, good breaks from bad shots – but you have to play where it lies.” — Bobby Jones

To order memorial trees or send flowers to the family in memory of Claude Bissonnette, please visit our flower store.