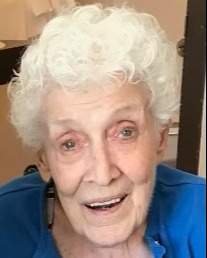 Carol was born in Altona on February 2, 1942, to P.L. and Elizabeth Dick.  She attended school in Altona, playing basketball and graduating from Altona Collegiate in 1960.  Following high school, Carol worked at CIBC until 1969.  For 2 of those years, she ventured to Winnipeg and worked at a CIBC branch there.

In 1969, after Carol returned to Altona, she began a 38 year career with Manitoba Crop Insurance.  Carol got to know many farmers from the Altona and Southern Manitoba areas.  She had many stories to tell about “her farmers,” and claimed this is where she learned her “flowery” language and boldness to say what was on her mind.  She might justify that this was because most of her day was spent dealing with men and she needed to have a backbone to “say it like it is!”

In 2008, Carol retired and filled her life with time outdoors and what she loved - animals, flowers, friends, and family.  In her lifetime, she cared for and took in many stray cats – as a family, we could remember more than 15 cats.  Carol’s flowers were a focal point of her front and back yard with pink impatiens being a go to in all of her decisions.  As we began sorting some of Carol’s belongings, we discovered many garden books and notes that detailed her plans for each spring’s planting on her yard and her mother’s yard.

Cold coffee was a favourite for Carol – she could nurse a cup of coffee all day, often taking the last cold sip as she left the office or her kitchen table in the evening.  With coffee, Carol found happiness in her visits with friends at the coffee shop.  Daily walks to Rhineland Car to check in with the guys was also on the daily to do list.  These moments are how she kept a pulse on the happenings in the community.

When Carol’s partner, Ted, passed away suddenly in 1996, she needed to find her footing.  She offered hours of help on her niece’s and nephew’s yards – raking leaves, moving perennials and planting flowers.  More importantly, the exchange was to sit around a table with the families for dinner and company.

In her later years, a good wiener roast, a fire with storytelling about growing up – either her antics with her brothers or the tales of her memories of her nieces and nephews brought her joy.  Of course, a golf cart ride on the yard or a trip to the golf course for brunches was an essential part of what made her summers fun and complete.

Carol’s family remained important to her throughout her life.  Often in these last 3 years, when her independence was being challenged, she would say “I’m so lucky to have my family.  Think about all the people who have no one.”

Memorial Donations can be made in Carol’s honour to Furever Friends Cat Rescue:  https://www.fureverfriendsaltona.com/

To order memorial trees or send flowers to the family in memory of Carole Dick, please visit our flower store.