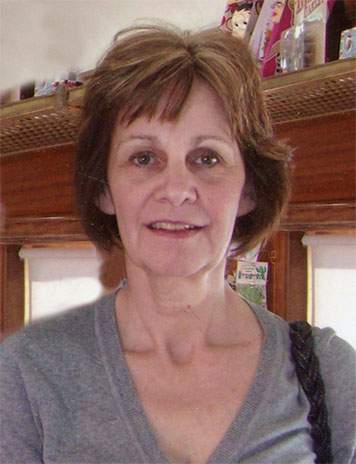 Due to the weather and poor road conditons the funeral service for Bonny Knutt has been postponed until Thursday, March 26, 2015 at 2:00 p.m. at the Emerson Baptist Church.

It is with sadness that we announce the passing of Bonny Knutt, age 61 years of Emerson, Manitoba, on Wednesday, March 18, 2015 at the Boundary Trails Health Centre.

She is survived by her husband Ron Knutt, one daughter Tara Knutt , and one son Jason (Carolina) Knutt, as well as 5 grandchildren.  She is also survived by her mother Sarah Marks, 2 sisters, 4 brothers, and their families.

Funeral service will be held at the Emerson Baptist Church in Emerson, Manitoba on Thursday, March 26, 2015 at 2:00 p.m. with a private family ash interment at the Emerson Cemetery.

In lieu of flowers, memorial donations may be made to Boundary Trails Health Centre Palliative Care.

To order memorial trees or send flowers to the family in memory of Bonny Lynn Knutt, please visit our flower store.