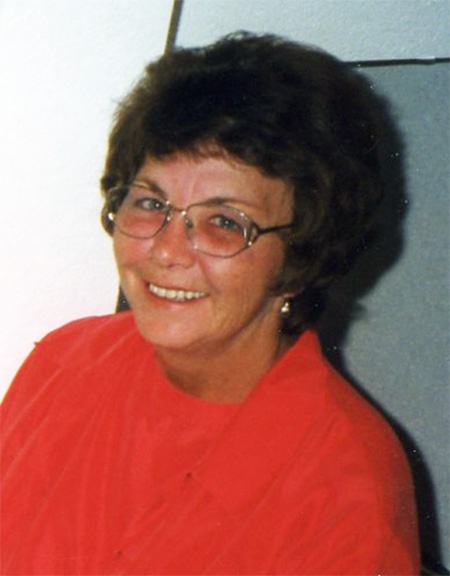 It is with deep sadness, that we announce that on Friday, August 2, 2019, Bonnie Bluhm, (nee Somerville), passed away peacefully at the Grace Hospital in Winnipeg, Manitoba.  With her was her beloved husband of 47 years, Garry Bluhm, as well as the attending team of professionals from Grace who provided her with such quality care during the final weeks of her life. Bonnie was admired and respected by all who knew her.  To some, she was the hero in their lives.  She was fun to be with.  She will be greatly missed.

Bonnie was born in Moose Jaw, Saskatchewan and subsequently moved to Estevan, North Portal and Winnipeg, Manitoba where she finished high school. From an early age she was interested in painting and pursued this all her life.  Similarly, as a youth, she played many sports in which she was very proficient.  However, she was unable to follow this interest until many years later.  The acquisition of a retirement home in Florida allowed her to become acquainted with numerous ladies dedicated to the game of golf.  Bonnie joined these enthusiasts for regular games of golf followed by the even more important after-golf activities.

She joined the Bank of Montreal following school and, while at work, she attracted Garry with her smile.  They married in 1972 and lived in Winnipeg.  For many years thereafter, Bonnie ably assisted Garry in the growth of his successful business

A key focus for Bonnie was entertaining friends, family and business associates.  Bonnie excelled in serving scrumptious meals while making them look easily prepared. But she always loved the conversations which inevitably followed the meal. She was in her element when curled up in a chair, with a drink in hand and discussing a myriad of subjects with her guests.

Following retirement, Bonnie became consumed with passions for first, their island in the Lake of the Woods, and then, their residence in Port Charlotte, Florida.  Bonnie coupled a flair for design with a knack for getting things done, often through the use of her own hands. Many of the nails in the cottage at the lake were driven in by Bonnie and her layout of their Florida home continues to be admired. She enjoyed the many years during which she hosted friends and family at either location contingent on the season and could be absolutely depended on to equip visitors with the many essentials available from their supplies to ensure survival in paradise.

Bonnie relished the fellowship of people.  She thrived attending the many events held with friends and family.  In turn, people readily accepted her warm hospitality and the generous welcome with which they were greeted. She will be missed by all who knew her.

Friends and family are warmly invited to come to a Celebration of  Bonnie's life.  This will be held at the Holiday Inn Winnipeg Airport West located at 2520 Portage Avenue.  The event will be held from 2:00 until 5:00 on Saturday, September 21, 2019.  You are invited to share memories of Bonnie being Bonnie: a beloved family member; a dear friend; a great hostess; a person who helped others; an artist; a golfer; or any of the many other things in which she was so competent.  Come and join the conversations about how great she was.

In lieu of flowers, bequests can be made in her name to the Canadian Cancer Society.

To order memorial trees or send flowers to the family in memory of Bonnie Jean Bluhm, please visit our flower store.