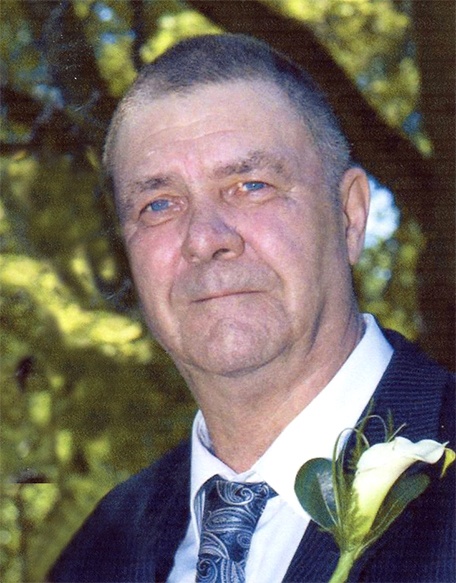 Ben was born on a balmy 27th of February, 1945 in Altona to John P. and Aganetha (Toews). He grew up the youngest of 6 siblings in Eigenhof District. He attended Eigenhof School until Grade 9, when he decided his brawn and hard-working nature were needed more on the farm. Because his mother passed away when he was young (age 9), he got to know his neighbouring cousins and friends well as he grew up.

Throughout his life, Ben worked many jobs to keep his family happy and healthy. He prided himself on working hard and doing well with each job he held. Ben needed and maintained a sharp eye while on the dragline and driving piles. His Math skills were impeccable for this line of work. He worked several years for the provincial government, Natural Resources Department, working hard labour. He was always so proud of the work he accomplished during flood times. His friendly face was seen so often at Petro Canada on the highway, no matter what task he was doing. He was humble in every job he worked and did it to his absolute best.

He enjoyed playing pond hockey and helping his dad on the farm while growing up. Stories surround him hooking up the horse and trailer to take his young nieces and nephews for short rides up and down the gravel road. At times, he may have been caught pushing his horse to go a little faster than his neighbour’s horse to see which was faster. He was always surrounded by friends and family who loved to be around him and shared his sense of humour.

On August 12, 1972, Ben was married to Lucille Champagne in the St. Jean Catholic Church, St. Jean-Baptiste. They built their life together in Altona, raising their three children. Even after the children branched out and began their lives in different places, Ben and Lucille stayed in their home, welcoming their six grandchildren one by one when they would come to visit.

In 1998, Ben suffered a stroke that would eventually change his world. After a few larger strokes, it was determined that there was permanent brain damage done. That damage continued to spread with each stroke, eventually diagnosed as Vascular Dementia. Lucille became his number one care-giver.  She did everything she knew to do and responded as she so often had, to his every wince of pain or medical need, as also caused by his three arthritis types. In May, 2015, after a fall, he was admitted to the Altona Health Centre where he remained until December, 2016, when he moved to Eastview Care Home. During this time, Lucille, remaining by his side, witnessed several more strokes, sepsis, a mild heart attack and his deteriorating condition.

Following another round of strokes in early January 2018, Ben developed an infection. On Saturday, 13 January, 2018, after phone calls from his two youngest children, Ben passed peacefully into the arms of Jesus, with Lucille and oldest daughter Joy, praying by his side.

The family would like to thank Dr. Bueddefeld for his years of care and guidance; the patient staff of doctors and nurses at the Altona Health Centre; the kind and patient staff at Eastview Place who cared for him. Also, thank you to all friends, family, neighbours who brought flowers, food and company during this trying time. Donations can be made to The Alzheimer’s Society of Manitoba, or the Heart and Stroke Foundation of Manitoba.

To order memorial trees or send flowers to the family in memory of Bernhard "Ben" Giesbrecht, please visit our flower store.