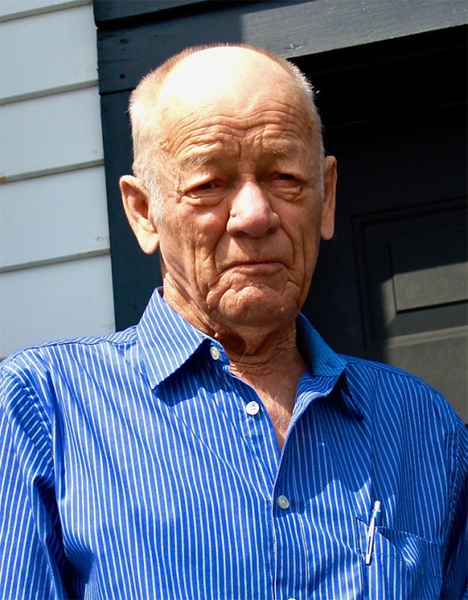 Dad was born to Bernhard and Aganetha Wiebe on May 6, 1940, in Mexico; the second oldest of ten children. He came to Canada at the age of 17. Dad was baptized upon confession of his faith on June 6, 1960.

He married Judy Wiebe on June 11, 1967. They had nine children; four sons and five daughters. They lived in Carman for a couple of years then moved to the Rosetown area, where they lived for 20 years. They then moved to Gretna for another 20 years, before fully retiring in Altona four years ago. Dad worked construction for the majority of his life; owning his own successful business. He started the company in the early 70’s, which later became Con-Pile Construction.

Dad was a family man who was strong in his faith; it was important to him that we all put our trust and faith in God as well.

Dad passed away peacefully surrounded by his family on February 24, 2017.  He is survived by his wife Judy, sons, John (Brenda), Bernie (Charlotte), Rick (Jing), daughters, Anita (Frank), Kathy (Richard), Lisa (David), Susan (Brad), one daughter in law, Ainsley, 19 grandchildren, and one great grandchild. He was predeceased by his son, Danny, daughter, Lena, and one granddaughter, Ashley.

The family would like to thank the Altona Clinic and Altona Hospital staff, the paramedics, and staff at Health Sciences Centre. Also thank you to the ministers, Bishop Peter Elias and Reverend Herman Bueckert, the serving staff, and to everyone for all the prayers, food, cards and flowers.

Funeral service was held on Wednesday, March 1, 2017 at 2:00 p.m. at the Altona Sommerfeld Mennonite Church, with burial at the Altona Cemetery.

Donations in memory of Ben Wiebe may be made to CNIB (Canadian National Institute for the Blind).

To order memorial trees or send flowers to the family in memory of Ben Wiebe, please visit our flower store.