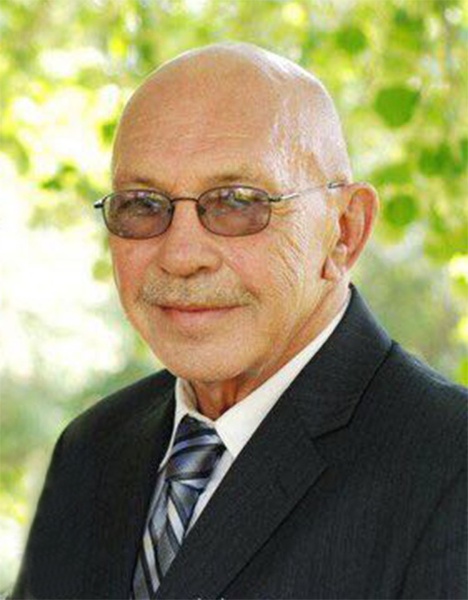 Bernhard (Ben) Dueck was born on the 20th of April, 1941, at the home of his parents Peter H. and Tina Dueck. He was the third youngest of eight children. Baptized in May of 1960, he married the love of his life Anne Rempel later that year on August 7th.

Ben worked hard his whole life. As a heavy equipment operator, he helped build the Winnipeg Floodway in the 1960s. In the 1970s he co-owned and operated a welding and iron works business until his health started failing. After that he became a plumber, a trade that also took a toll on his body, but he kept at it and together with his wife raised three sons. (He would return to ride the big Cat during the great flood of 1997.)

Vacations were few and far between but he and Anne managed to make several trips to the Dominican Republic and to Kingston, Ontario to visit their sons Kelvin and Gordon.

Three years ago he was diagnosed with encephalitis and hospitalized for five months. During a brief recovery, he was able to visit and enjoy the company of his beloved grandchildren in St. Adolphe, the daughters of his youngest son Brian and his wife Angela.

But he was hospitalized again in 2017. From April onwards he stayed at the Altona hospital until admitted to Eastview Place care home in January of this year. There he died peacefully on Friday, August 17th, 2018. He leaves mourning his passing his beloved wife of 58 years, Anne, his sons Gordon, Kelvin and Brian and daughter-in-law Angela and three little granddaughters Teagan, Rowan and Quinn. Ben was predeceased by his parents and two sisters and two brothers.

Our thanks go out to Dr. Winning and the staff at the hospital and care home and to all the well-wishers, friends, family, and church pastors. Their love and care were a comfort.

To order memorial trees or send flowers to the family in memory of Ben Dueck, please visit our flower store.